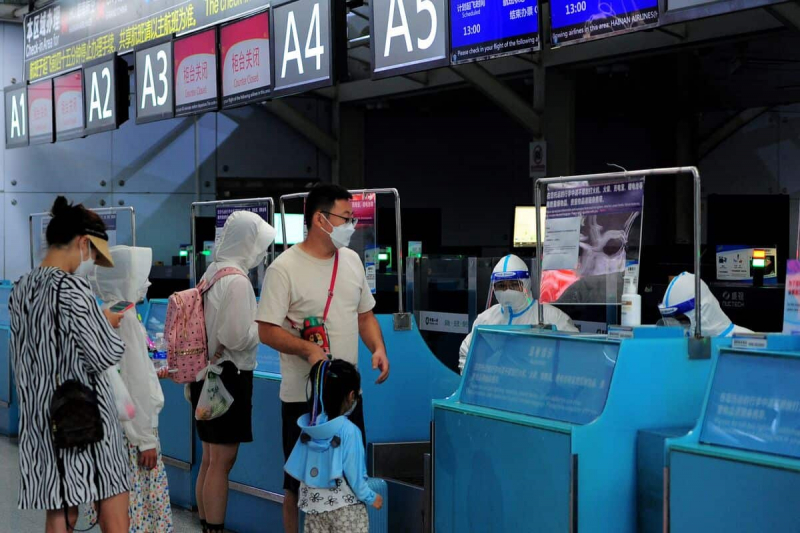 Good news for travelers to China: Beijing on Friday announced the easing of several anti-COVID measures, including a reduction in quarantine on arrival and an end to the abrupt cancellation flights.

The Asian country is the last major economy to maintain a strict health policy against the coronavirus. Its borders remain closed to most foreign nationals.

China is applying a “zero COVID” strategy which aims to do everything to avoid cases: confinement of neighborhoods or entire cities as soon as outbreaks appear, quarantines for infected people and almost daily PCR tests.

But this inflexible policy has significant repercussions on the Chinese economy, global supply chains, business morale, the country's image and the international mobility of Chinese and foreigners.

Chinese and foreigners arriving in China will now undergo a quarantine of only eight days , against ten previously. As was already the case, the last three days can be done at the travelers' Chinese home.

The first five days of quarantine will, however, always be carried out in specialized centers or hotels, with accommodation and food costs remaining the responsibility of the confined persons.

Another novelty: “the actors important from the economic world” and “sports delegations” will be exempted from quarantine if they remain in a sanitary bubble during their stay.

The government also announced on Friday the shutdown of the much-maligned “circuit breaker” mechanism. Under this rule, international flights to China were canceled for one or two weeks in the event of discovery, on arrival of previous flights, of a number deemed too high of infected passengers on board.

< p>Friday's announcement is a relief for many travellers, who until now had feared that their flights would be canceled at the last moment.

They were forced to wait several weeks or even several months, out of China before finding a flight.

Another good news for travelers from abroad: they will have to provide the result of only one PCR test carried out within 48 hours before boarding for China, compared to two so far.

All these measures are announced after a meeting of the seven most senior leaders of the Chinese Communist Party (CCP), including President Xi Jinping, was held on Thursday.

They had announced Beijing's “unwavering” desire to maintain zero COVID policy. Which obviously does not prevent adjustments.

The Chinese Ministry of Health announced on Friday 10,535 new local cases of people who tested positive in the last 24 hours – the vast majority asymptomatic.

A figure that has been rising in recent weeks, but which remains well below the most countries in the world.

While it hits the economy hard and weighs heavily on Chinese morale, politics zero Covid has undeniably made it possible to greatly limit contamination.

Only just over 5,200 deaths have been officially recorded in China during the pandemic, compared to more than a million in the United States.

But this policy is causing growing discontent among the population, even sporadic protests.

And the economic repercussions are such that most analysts now consider it impossible for China to achieve its growth target of “about 5.5%” in 2022.

Power is therefore on a crest line and the note published on Friday also calls for several other relaxations.

It “strictly prohibits” preventive or excessively long confinements, school closures not approved by the authorities or the “ready-made solutions” applied indiscriminately.

The note also calls for “accelerating” anti-Covid vaccinations in China, especially among the elderly, for the time being very reluctant, as well as to strengthen the stocks of treatments Co vid antivirals.