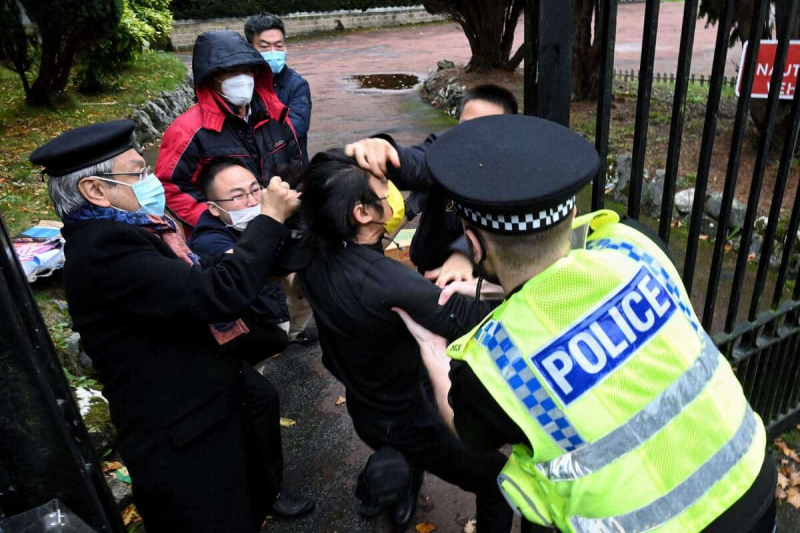 Censors deleted any reference to the death of a teenage girl in a quarantine center from the internet on Friday, amid public exasperation with the government's zero-COVID measures.

China is the latest major economy to pursue a strict anti-COVID strategy, which includes quarantine of those who test positive, targeted lockdowns, widespread and mandatory PCR testing, and travel restrictions.

< p>Nearly three years after the appearance of the first cases of COVID-19 in Wuhan (center), a growing part of the population is exasperated by these health measures sometimes applied with great zeal.

This week, posts on social media mentioned the death of a 14-year-old girl, deprived of care while she was in quarantine in Ruzhou (center).

Videos on Douyin (Chinese version from TikTok) showed a woman lying on a bunk bed suffering from epilepsy, while people next to her cried out for help.

AFP was unable to verify in any way independent their authenticity and calls to the locality of Ruzhou were immediately unanswered.

This affair has provoked renewed anger online, at a delicate time for the ruling Communist Party, meeting in congress in Beijing.

The official media have remained particularly silent. And to prevent any source of instability, the censors had deleted Friday afternoon almost all traces of the incident on the Chinese Internet.

The hashtag “Ruzhou girl”, which totaled another 255,000 views in the morning, has thus completely disappeared on Weibo, the equivalent of Twitter blocked in China.

“Have the lessons of Shanghai been so forgotten?” to the two-month confinement of the metropolis, which had deprived part of the inhabitants of care and food in the spring.

“There was not even a doctor to treat a girl who needed it” , choked this Internet user.

The incident comes a month after the death in China of 27 people in a road accident, while they were transported to a quarantine center. < /p>