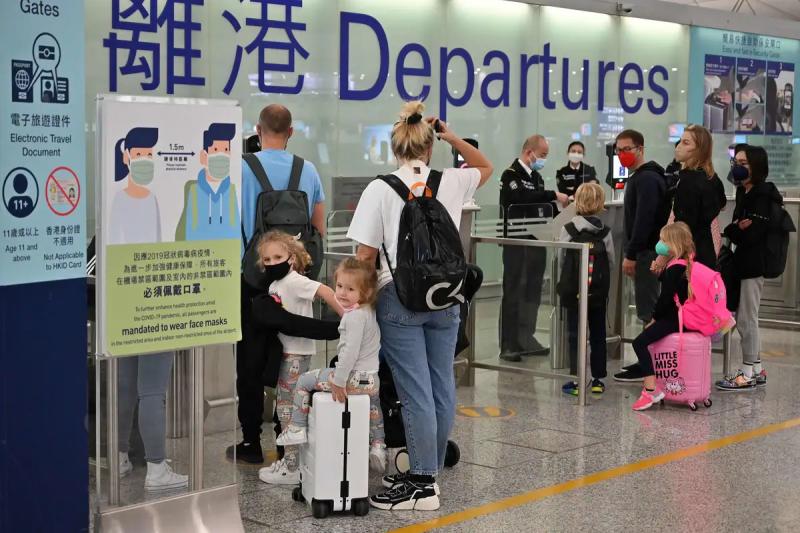 So far, any airline that disembarked five or more COVID-19 positive passengers was fined the first time, and five days banned from flying to Hong Kong the next time.

This so-called “circuit breaker” mechanism, invented a year ago by the previous government of Carrie Lam as part of the “zero COVID” policy in force in Hong Kong, was eased last April: the ban flight was previously two weeks.

The new Hong Kong government led by John Lee announced Thursday the suspension of the device in order to “achieve the best results in the fight against the pandemic with the least cost for society”.

“At this stage, continuing the circuit breaker mechanism is not very effective in preventing imported cases,” the executive added. “A large number of passengers are seeing their routes disrupted due to the mechanism, and while the supply of plane seats and quarantine hotel rooms is insufficient, the social cost generated will be remarkably high,” he said. he continued.

Hong Kong continues to impose a seven-day quarantine on new arrivals in dedicated hotels, all of which sell out months in advance.

The no-fly mechanism was heavily criticized by the transport industry , which fears that Hong Kong could permanently lose its status as a global air traffic hub.

In 2022, more than 100 flight bans were imposed in total on airlines that transported passengers infected, even as COVID-19 has become endemic in Hong Kong after a severe outbreak earlier this year.

The reopening of Hong Kong to both mainland China and the rest of the world is one of the priorities displayed by John Lee, who took office on 1 July. But it's unclear how these two goals could be achieved at the same time, with China continuing to practice a strict “zero COVID” policy while most other countries have chosen to live with the virus.