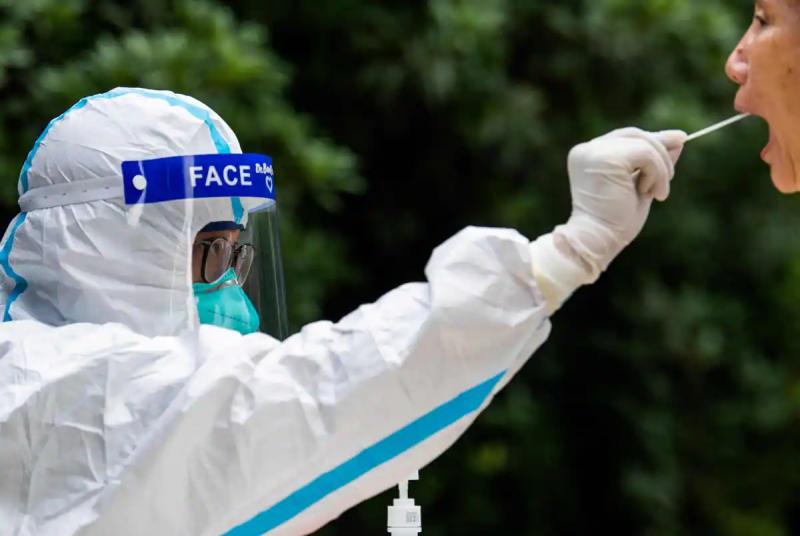 Macau on Monday began its first lockdown since the start of the pandemic, to stem its worst wave of coronavirus, causing the stock prices of casino operators in the Chinese city to plunge.

The government announced a week of confinement from Monday after registering more than 1,500 infections in the last three weeks despite several compulsory massive screening campaigns in this city of 650,000 inhabitants.

This is the first lockdown in more than two years, ending an agreement between the local government and casinos that only establishments where cases of COVID-19 have been discovered would be temporarily closed .

Macau is the only place in China where casinos are allowed, but the pandemic has hit hard this windfall of the semi-autonomous region which has adopted a “zero-Covid” strategy similar to that of Beijing.

< p>From Monday, residents are only allowed to leave their homes to buy basic necessities and to get tested. Any offender risks up to two years in prison.

Certain public services and businesses such as supermarkets and pharmacies can remain open and only people with authorization or with a code attesting to their low health risk can use transport.

China uses applications to follow the population movements and outbreaks. Only those with a green code can move freely.

“Infected people should not have the freedom to go where they want. and damage our health.”

Beijing has left its authoritarian mark on Hong Kong since the major pro-democracy protests of 2019.

This commercial hub has adopted a two-year strategy of “zero-Covid” which has cut the city off from the rest of the world and hurt its economy.

New local chief executive John Lee, has promised both to eradicate the coronavirus and to reopen borders with China and abroad.

To this end, authorities may need to implement population surveillance similar to that in mainland China.

Hong Kong currently uses a smartphone app that is less intrusive than China, displaying the vaccination certificate that must be scanned upon entering places open to the public.