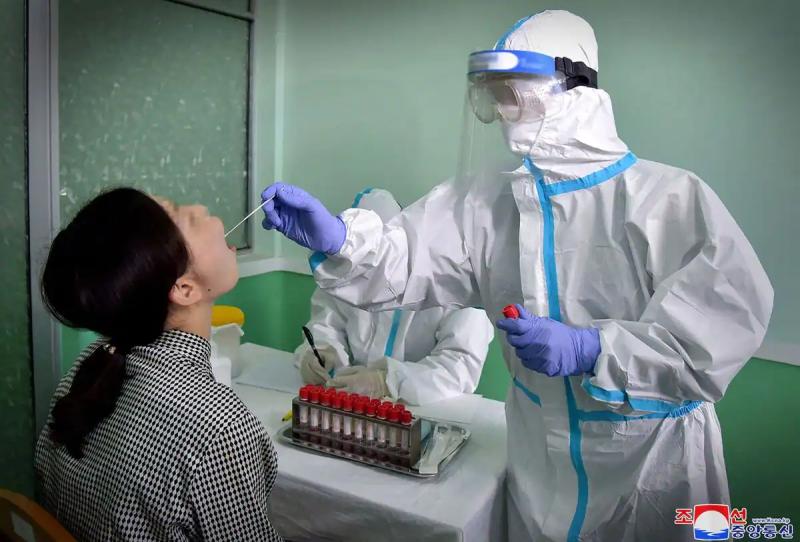 North Korea will begin vaccinating its population against COVID-19 around November, state media said on Friday, after declaring the country victory over the virus in August.< /strong>

This is the first official announcement of a vaccination program from Pyongyang since the start of the pandemic.

“Along with responsible administration of the vaccine, we must recommend that all citizens wear masks from November to protect their own health,” leader Kim Jong Un said, according to the official Korean Central News Agency ( KCNA) of Pyongyang.

The country's health experts believe antibody levels acquired during the confirmed COVID surge in May will decline by October, Kim added.

The KCNA report on Friday did not specify the provenance of the vaccines.

The regime last year rejected shipments of AstraZeneca vaccines it was to receive under the World Health Organization's (WHO) Covax program, over concerns about side effects, a think tank says. South Korean.

North Korea, impoverished and isolated since the start of the pandemic, confirmed the spread of the Omicron variant in the capital Pyongyang about four months ago.

In August, Kim Jong Un declared victory over the virus and ordered the lifting of the country's “maximum emergency epidemic prevention system” as officially reported cases fell to zero.

The site specialist NK News, based in Seoul, reported that Pyongyang may have already received vaccines from its main ally, China.

In case reports, North Korea speaks of “patients with fever rather than “COVID patients,” apparently due to a lack of testing capacity.

According to state media, the country has recorded nearly 4.8 million infections and only 74 deaths among its 26 million people, an official death rate of 0.002%.

Experts, including the World Health Organization, have long questioned the statistics of Pyongyang on COVID, as well as its claims that the outbreak is under control.

North Korea has one of the worst security systems health in the world, with poorly equipped hospitals, few intensive care units and no medicine for the treatment of COVID, according to experts.