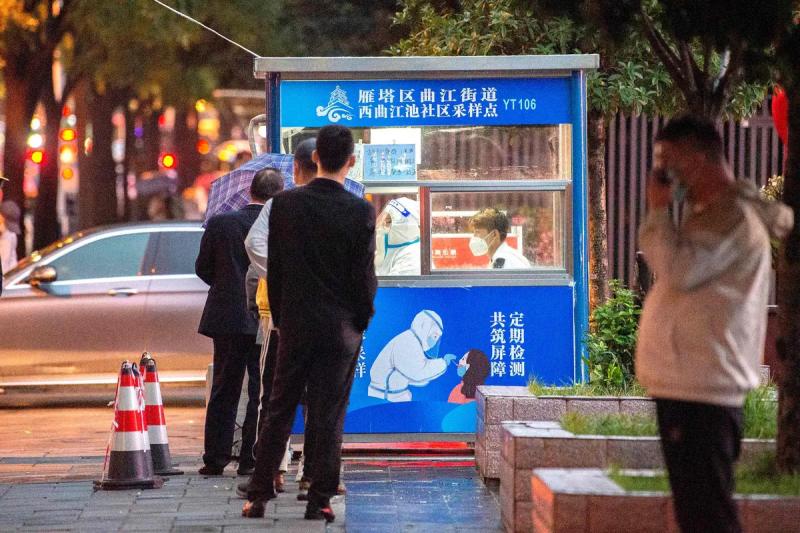 Nearly four million people in the province around Beijing are locked down on Tuesday, as authorities want to avoid any runaway COVID-19 outbreak ahead of a major meeting of the Communist Party of China (CCP) in the fall.

Residents of Chengde and Xinle cities in Hebei have to stay in their homes until the end of the week to cope with a outbreak.

In addition, more than 13 million inhabitants of the large municipality of Tianjin (north), bordering Beijing, must carry out a PCR test on Tuesday after the occurrence of more than 80 positive cases in two days.

Unlike almost all other countries, China continues to apply a strict health policy.

The authorities decree localized confinements, impose in certain places PCR tests every 72 or even 48 hours and pose the risk of quarantine to any traveler traveling to another province.

This policy has strong repercussions on the economy. It should not be relaxed before the 20th Congress of the Chinese Communist Party (CCP) which will be organized in the coming months.

Chinese President Xi Jinping should obtain, barring an unlikely twist, an unprecedented third tenure as secretary-general of the political organization.

The national health policy, staunchly championed by Mr. Xi, has become highly political, and any frontal opposition to anti-COVID measures can be seen as a discount because of the regime.

The Omicron variant seems to be spreading again in major cities in recent days.

In Chengdu (southwest), the largest city in the western half of the country, authorities have confined residential areas, demand a PCR test of less than 24 hours to leave the municipal territory and called for avoiding “non-essential” travel.

In Shenzhen (south), a large metropolis of 18 million inhabitants specializing in news technologies, two districts are partially locked down, and the world's largest electronics market, Huaqiangbei, is closed.

“The closure notice came suddenly. We only had a few hours to put our goods in warehouses and lock them up,” Mr. Chen, a market vendor, told AFP.

A total of 35 new positive cases were reported in Shenzhen on Tuesday.

In Futian District, where the municipal government headquarters is located, cinemas, karaoke establishments and parks are closed until Friday.