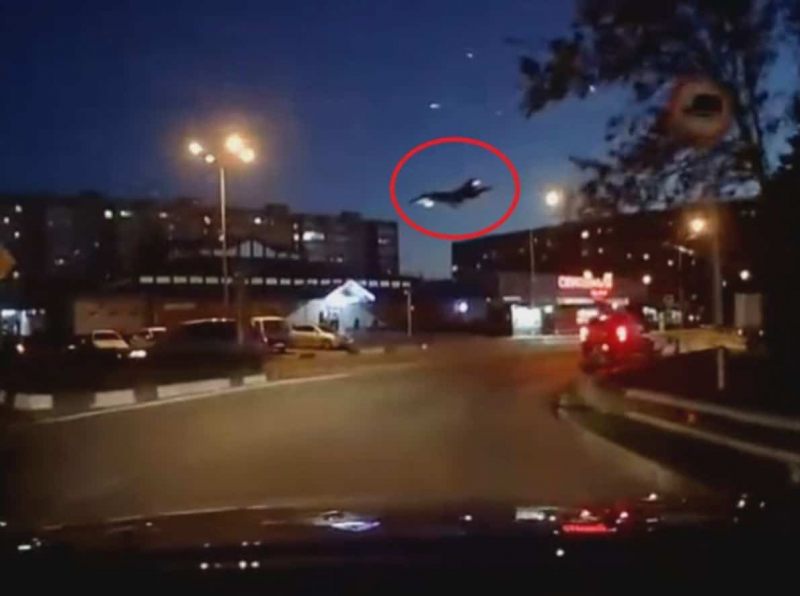 A new video of the crash of a Russian military plane in Yeysk, a city in southwestern Russia, has been published by several Russian media. Remember that the accident claimed the lives of 15 people.

The plane crashed in a residential area and caused a huge fire in an apartment building.< /p>

In the new clip, we see the SU-34 military plane close up embedded in the bottom of the building. A vehicle-mounted dash cam captured the entire scene.

Another crash, this time in Siberia

< p>Two pilots were killed on Sunday in the crash of a fighter jet that fell during a training flight on a house in Irkutsk, southern Siberia, local authorities said.

< p>The Su-30 plane crashed “during a training flight”, causing a fire, wrote on Telegram the governor of the Irkutsk region, Igor Kobzev, who visited the scene of the accident.

“The two pilots were killed”, he specified, assuring that “none of the local inhabitants was injured”.

According to the local branch of the Ministry of Emergency Situations, the aircraft crashed into a private two-storey wooden house, causing a fire on an area of ​​200 square meters.

At least a dozen firefighters were pouring water on the house partially destroyed by flames, to control the fire, according to a video posted on Telegram by Mr. Kobzev.

“Fortunately, no one was in the house” at the time of the incident, welcomed the local branch of the Ministry of Emergency Situations.

For For its part, the Russian Investigative Committee, responsible for the main investigations in the country, announced the opening of an investigation for “violation of the rules of safety and operation of air transport”.

This is the second such accident in a week. in Russia.