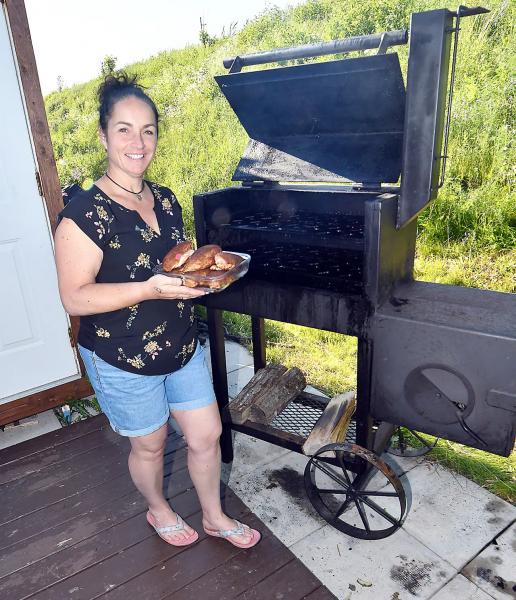 Marilyn Thibeault once dared to start cooking on the barbecue and this is the lesson she now wants to pass on to women, still too rare in the world of this intimidating beast.

After the death of her father, when she was a single parent at the time, Marilyn Thibeault had no choice but to trust herself if she wanted to eat barbecue.

“My mother was afraid of that,” recalls the woman from Quebec.

Over time, Mrs. Thibeault ended up taming the beast, even discovering a passion for it that only grew.

Today, she has 10 different barbecues and eats “quite a lot of them every days”.

“My neighbors often text me that it smells good at our place”, says the friendly grill enthusiast, adding with a laugh that those around her become almost worried when things aren't smoking at her place.

Seeing that she was one of the few women in this generally male world, Marilyn Thibeault had the idea of ​​launching her own Facebook page.

Since the birth of QueenMaryBBQ, 1200 members have followed her in her culinary adventures , including several women, which makes her happy.

“It's an intimidating world for girls. There's a long way to go, but at the start, I didn't have to take the comments personally because it wasn't always chic,” recalls Ms. Thibeault.

“But now girls are writing to me and telling me they would never have used the barbecue if they hadn't seen what I'm doing. Many write to me that they have finally dared and that they love it,” rejoices the one who wishes to democratize the passion for grilling.

Question to enjoy even more the joys of their love of the barbecue, Marilyn Thibeault and her spouse are building an outdoor kitchen equipped with a professional hood to install their “toys”.

“I never claimed to be a pro, but I try a lot, I cook a lot, I taste many things. There are so many techniques to learn, that's what makes it a hobby. […] In fact, it’s almost like a religion,” she explains.