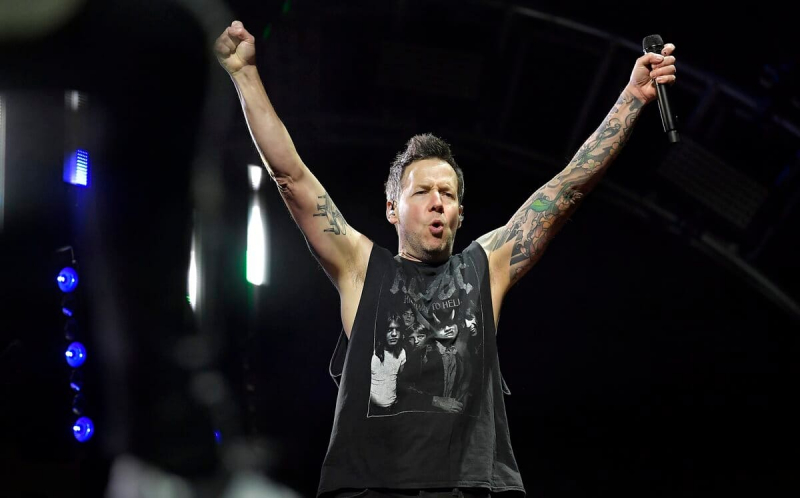 Simple Plan has been solid. The Offspring was even more so. It was a completely crazy and totally insane Saturday at the Videotron Center.

After several passages in Quebec, at the Agora, at the Coliseum and on the Plains, the Californians landed for the very first time in the “new ” amphitheater on the occasion of the Let the Bad Times Roll tour.

No ” tataouinage “, The Offspring launched this crazy evening with Come Out and Play, followed by All I Want from the album Ixnay on the Hombre. It was going very strong.

Singer Dexter Holland and guitarist Kevin “Noodles” Wasserman then released the compliments. One of the most beautiful cities in the world. The most attractive crowd and the most beautiful smiles. It was in the pocket. After two songs.

It must be said that the public had been warmed up after the performance during the intermission. We were treated to some big “hits” rock of the 80s in the piton and at a “kiss cam ” where some spectators gave themselves to their heart's content and even more. An airship in the air and cameras circled the crowd to film people 'headbanging' and dance. The atmosphere was particularly weak and electric. Unheard of and an excellent idea signed by The Offspring.

Always solid on the boards, The Offspring has rarely given bad performances during their visits to Quebec, even if the voice of Dexter Holland no longer has the power of yesteryear. We were able to realize this on a few occasions, but hey, it moves the same way, as the 10,000 or so spectators present will be able to testify.

The Californians of The Offspring were generous on the big tunes with the Hit That, Bad Habit, Gotta Get Away, a very beautiful Gone Away, delivered with Dexter Holland, alone on the piano, Blitzkrieg Pop of the Ramones and the Pretty Fly (For a White Guy), The Kids Aren't Allright, You're Gonna Go Far, Kid and Self Esteem. Big stock. A big show.

In the first part, the Simple Plan formation gave a solid performance. Energetic singer Pierre Bouvier, guitarists Jeff Stinco and Sébastien Lefebvre and drummer Charles “Chuck ” Comeau played as if they were the stars of the evening.

Hit the stage to the sound of the Star Wars theme, Simple Plan kicked off their performance with I'd Do Anything, followed by Shut Up! Durant Jump, people started jumping in unison.

“It's not the first time we've been here. We know what kind of energy you can reproduce,” launched Pierre Bouvier.

After Marie-Mai who accompanied the group on stage, Saturday evening, at the Bell Center, for Jet Lag , it was Claudia Bouvette in Quebec.

Simple Plan hit the mark with the very “oasisienne”. Your Love is a Lie, Iconic from the new album Harder Than it Looks, a medley featuring Smash Mouth's All Star, Sk8er Boy by Avril Lavigne and Mr. Brightside of the Killers. Songs more pop than punk, but very effective.

During I'm Just a Kid, drummer Chuck Comeau admitted that the reactions were a little stronger in Quebec than at the Bell Center. He gave up his drums to treat himself to a small and intense session of “body surfing”. on the floor. We even got a visit from Champion, the Remparts' mascot on the boards.

If there's one criticism we can make of them, it's the lack of a bassist since the departure of David Desrosiers. A bass player and you need it.

Their performance ended on Perfect, with thousands of cellphones on and fans singing the lyrics. A solid performance.