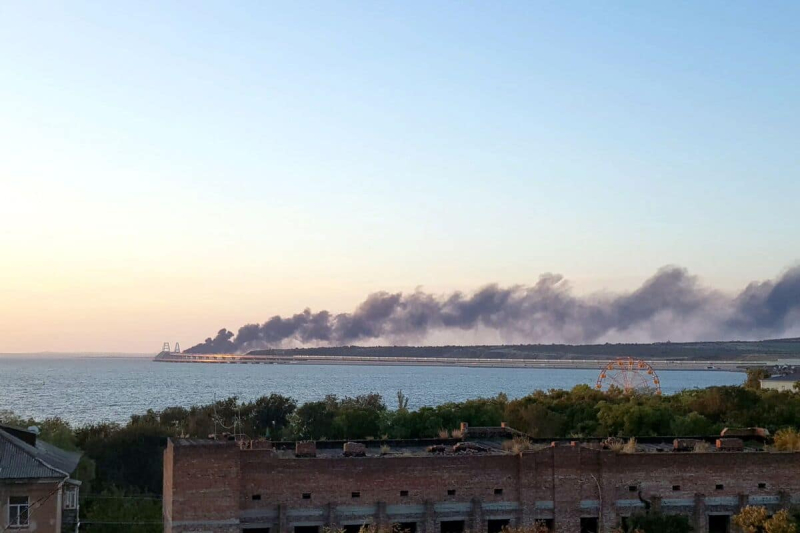 The Russian-controlled Crimean peninsula of Ukraine was targeted by a drone attack on Tuesday, with Russian forces there “on high alert,” Kremlin-installed authorities said.

“There is an attack with drones,” the governor of the Sevastopol administrative region in Crimea, installed by Moscow, Mikhail Razvojayev, said on Telegram. “Our air defense forces are working right now”.

He said two drones had “already been shot down”.

Mikhail Razvozhayev added that no civilian infrastructure had been damaged and called on residents to “stay calm.”

In a later post on the network, he said the air defense forces shot down two drones near the Balaklava power plant, which has come under attack in the past. “Now the city is calm,” Mr. Razvozhayev said. “But all forces and services are preparing for battle.”

The Russian Black Sea Fleet, based in the port of Sevastopol, Crimea, had been attacked in late October by what the authorities described it as a “massive” drone attack.

The attack, which damaged at least one of its ships, led Moscow to briefly withdraw from the historic grain deal in Ukraine.< /p>

Russia annexed Crimea in 2014 and Kyiv aims to retake it.

Russian forces attacked Ukraine from several directions on February 24, including from Crimea.

The region's Moscow-appointed governor said last week that authorities were strengthening their positions on the peninsula as Kyiv forces reclaim territory in neighboring Kherson region.