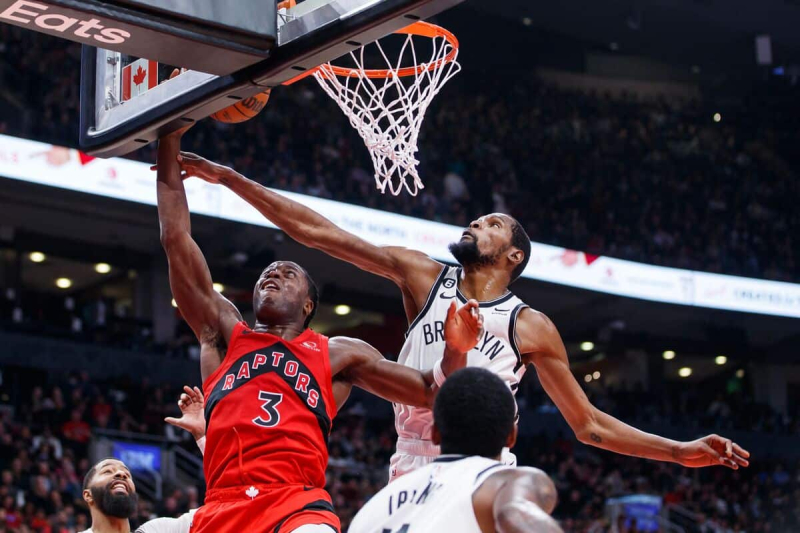 The Toronto Raptors were without several of their best players, who are suffering from various ailments, Wednesday at Scotiabank Arena, and the Brooklyn Nets took full advantage of it to defeat them 112-98.

Head Coach Nick Nurse had to make do without Pascal Siakam, Scottie Barnes and Fred VanVleet, to name a few.

The lack of these talented players appeared in the first quarter, as the Raptors allowed 38 points to their opponents, scoring only 26. They came back, however, winning the second quarter 25-14, to retreat to the locker room with a delay of only one point.

The third quarter was fatal for them, however, as they allowed 39 points against only 25.

Kyrie Irving led the visitors' charge, with 29 points , while the other four starters on the team amassed between 12 and 15 points each.

As for the Raptors, no one crossed the bar re 20 points, but Gary Trent Jr. came close, with 19.

With all these absentees, Quebecer Chris Boucher inherited a bigger role offensively. He finally spent 28 min 51 s on the floor, amassing 12 points and 16 rebounds. Montreal's Khem Birch finished with two points and three rebounds in just over 10 minutes of play.

The Raptors will remain in Toronto in the coming days, awaiting the visit of Luka Doncic and the Dallas Mavericks on Saturday.