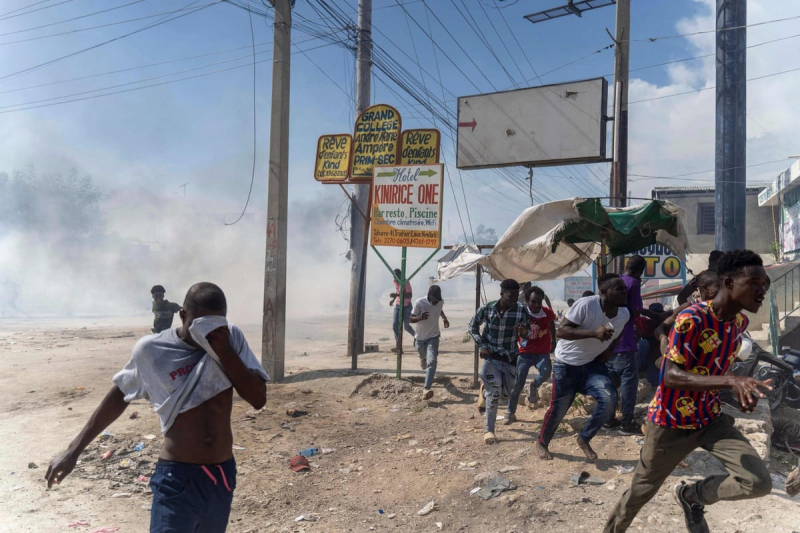 Montreal police officers who have already participated in on-site missions are sorry for the crisis and say they are in favor of the rapid dispatch of support on site.

“  It's unheard of, what is happening in Haiti , says Rosemond Joseph, detective sergeant with the Montreal police.

The policeman who arrived in Quebec in 1975 described the situation as has been living in his native country for a few weeks of “nightmarish”.

“I am more enraged than anything. It doesn't make sense for the population to be taken hostage in this way,” says the man who still has family there.

He returned to Haiti several times, for humanitarian missions. According to him, aid must be sent “so that the population can regain some peace of mind”.

“They cannot go about their business, they are starving. If there is no outside intervention, it will get worse,” he says.

He indicates that the police are ill-equipped to deal with criminal gangs.

“We have to supervise them and provide them with equipment”, he believes.

Commander Josée Deslonchamps, who took part in a 9-month mission in 2008, says she is also saddened by the crisis.

“It's coming to get us. Our hearts are still with these people,” she said.

Although she does not want to comment on the political aspect of potential military aid from Canada, the 27-year-old policewoman of experience is convinced to have made ” the daily difference in people's lives ” by his work.

“Is it a good idea to deploy people there? Without a doubt,” she concludes.