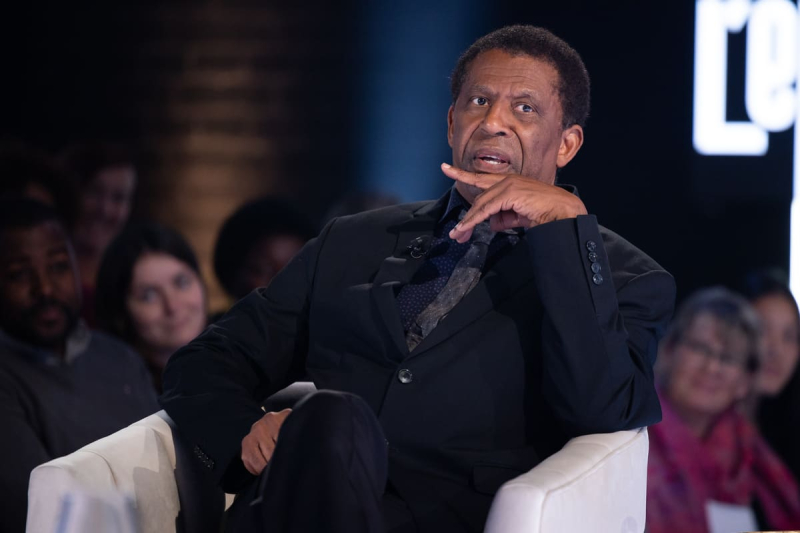 Cavaliere, too hasty, Canada's intervention in Haiti has experienced some hiccups, according to author Dany Laferrière, who expressed some reservations Friday evening on the set of the program “Le monde à l' 'backwards'.

In an interview granted to Stéphan Bureau, the immortal Dany Laferrière – member of the French Academy -, who was in Montreal for the Montreal Book Fair which is currently underway, estimated that Prime Minister Justin Trudeau would have chosen to impose sanctions without demonstrating the guilt of the heads of state he wanted to punish, in particular the former president Michel Martelly.

The man of letters thus qualified this intervention of Mr. Trudeau as a cavalier and hasty.

“The question of a President of the Republic is always: is it the president or the presidency”, he asked himself, specifying that what held a country together was the symbolism, “if not it's a place with people,” he continued. According to him, if one attacks symbolism without the appearance of clear, irrefutable justice, “it is a cavalier act”.

Recall that this week, Canada announced sanctions against the former Haitian president in addition to promising $16.5 million to help stabilize the country. Last fall, Mr. Laferrière resigned himself for the very first time to going to his native country, because of the political context and the risk of kidnapping that he could incur because of his posture as a public figure.

The dangerousness of “fake botox” and illegal injection clinics

Ranging from asymmetry for a few months to blood clots that can cause blindness, necrosis, even a stroke, filler injections can cause real dangers to the health and life of the people who receive them.

A risk that can happen even with a professional who knows human anatomy well.

“The people who have the right [to inject this type of product] are [only] doctors who have a license, an authorization, and nurses who have a prescription from a doctor. […] And the drugs are recognized as prescription drugs by Health Canada. If you have them in your basement, it's illegal possession,” clinical nurse Mirna Saadé argued on the show's set.

According to her , the consequences imposed on offenders who practice medicine illegally are too minimal for the risk they face. Seeing that the amount of the fine is not so high, many people continue under another name or elsewhere, she said.

Review of the week's debates

With Réjean Tremblay, the guest of the week, Stéphan Bureau notably discussed the Canadiens-Nordiques rivalry; “the fiercest in North America”, according to the author who will launch in the coming days, on Vrai, a documentary series on the subject.

For the occasion, Guy Nantel, with a sweater from the Canadian, and Biz, with a Nordiques jacket, respectively wore their allegiance on set. Sophie Durocher and Louise Deschâtelets completed the team of panellists.

The debaters had a colorful and expressive debate on the place of the Francophonie in the work of the Rouleau commission, which is examining the use of the Emergency Measures Act. The team wondered whether the Francophones were too accommodating towards the Anglophones, because since the beginning of the public inquiry, the majority of the witnesses heard, although several are Francophones, spoke in English, as did the interrogations of their testimonies.