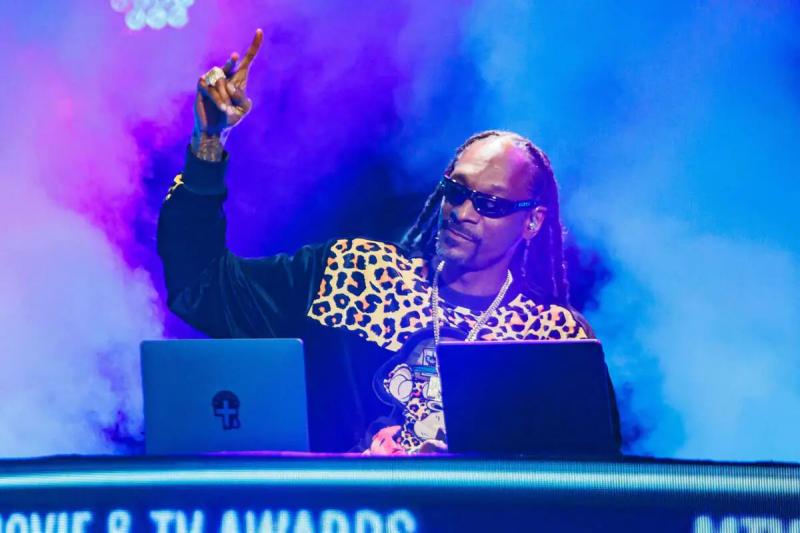 Cristiano Ronaldo, Kylian Mbappé, Snoop Dogg… The interest of sports and entertainment stars in NFTs is increasing, between dedicated projects, partnerships and investments in specialized companies, a way of doing things know these unique digital objects to their many admirers.

The “NFT”, for “non-fungible token” or non-fungible token, is a digital format which makes it possible to associate with any virtual object, whether it is an image, photo, animation, video, or piece of music, a certificate of authenticity recorded on a chain of blocks (or “blockchain”), the technology which serves as the basis in particular for cryptocurrencies such as bitcoin.

Two major announcements in quick succession, a sign of the acceleration of a trend that began last year: less than a week after the formalization of an “exclusive” and “multi-annual” partnership between the platform cryptocurrency exchange Binance and football superstar Cristiano Ronaldo to create a series of NFT collections, it's Kylian Mbappé's turn to reveal his interest in the world of “web3”, the new internet.

< p>The star striker of the France team will join forces as an “investor and exclusive ambassador” with the French start-up Sorare, creator of an online game for exchanging athletes' stickers at the crossroads of very dynamic sectors: unique digital objects (NFT) and virtual sports leagues (“fantasy sports”).

After tennis champion Serena Williams, who became an “advisor” to the board of directors and Associate of Sorare since last January, and the footballer investors Gerard Piqué, Rio Ferdinand and Antoine Griezmann, the French unicorn offers itself a new recruit of choice.

“My relationship with fans is very important to me so the idea of ​​bringing unprecedented experiences and access through this NFT platform (with Binance) is something I wanted to be a part of,” said Cristiano Ronaldo, l one of the most followed personalities in the world with more than 500 million “followers” on social networks.

If Omar Sy and French basketball player Rudy Gobert support “The Metaverse Marauders”, a collection of 12,000 NFTs representing a whole panel of extraterrestrial creatures, other sports and entertainment stars, such as Neymar, Eminem or Paris Hilton, have posted their membership in the “Bored Ape Yacht Club”, a closed circle of holders of NFTs linked to unique images of apes and sold for more than 200,000 dollars each.

Singer Justin Bieber, for example, has paid 1.3 million for his in January.

“It's really like in the real world (of collectors): we have people in NFT who know a lot about it, are interested in it and spend time there, and then others who surf a little on a wave and buy a little what they are told to buy,” John Karp, president of NFT Factory and industry expert, told AFP, comparing interest in the “Bored Ape Yacht Club” to “neo bling. -bling”.

An approach contrary to that of Snoop Dogg. The American rapper revealed last September that he was hiding behind the anonymous profile of “Cozomo de' Medici”, a well-known collector in the NFT community for the purchase of many recognized digital works of art, beyond ” Bored Ape Yacht Club”.

“We understood that there was a fairly authentic approach, a real knowledge. His opinions matter, his point of view is important. He is recognized as a wise person,” emphasizes John Karp.

Conversely, there is the case of “influencers” who launch their collection of NFTs to “monetize” their audiences with an “objective of short-term money,” he explains.

But numerous examples have shown that these assets quickly lose their value on the secondary market or do not attract the expected income. After earning a million dollars thanks to the almost immediate purchase of NFTs by his fans, singer Shawn Mendes saw their value quadruple in one year.

After generating 44.2 billion dollars in 2021, the NFT market saw a drop in spending volume of 75% between February and mid-April, according to the firm Chainalysis.