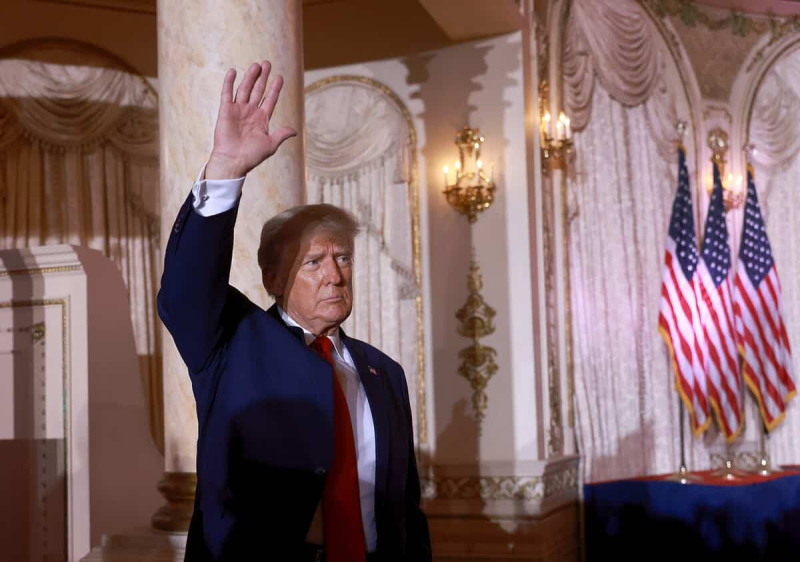 The American political class on Sunday strongly condemned a call the day before by former President Donald Trump to abandon the American Constitution to reverse the result of the 2020 presidential election won by Joe Biden.

Reiterating his baseless allegations of massive ballot fraud, Donald Trump claimed on his Truth Social network on Saturday that “fraud of this kind and scale enables the repeal of all the rules, regulations and [of all] articles, including those of the Constitution”.

Donald Trump says he wants to terminate the Constitution.

Every Republican in Congress needs to say whether they stand with Trump or stand by their oath to the Constitution.

When they say they haven't seen the post, show it to them and ask them again.< br>
There's no escaping this. pic.twitter.com/ywUwCxtSSz

Remarks that were immediately condemned by the White House.

“The United States Constitution is a sacrosanct document that has guaranteed for 200 years that freedom and the rule of law prevail in our beautiful country,” executive branch spokesman Andrew Bates said in a statement on Saturday.

“Attacking the Constitution and all that it stands for is anathema to the soul of our country and must be condemned,” he added. “You can't just love America when you win.”

On Sunday, elected officials from both parties were offended by the words of the former president, who also recently announced that he intended to run for the presidential election of 2024.

“Last week he was having dinner with anti-Semites. Now he's calling for an end to constitutional democracy in America,” Senate Democrat Leader Chuck Schumer tweeted of a dinner at Donald Trump's Florida residence attended by white supremacist Nick Fuentes. and notorious Holocaust denier.

For Donald Trump, last week it was dinner with anti-Semites. Now he's calling for an end to America's constitutional democracy. He's out of control and a danger to our democracy. Everyone must condemn this attack on our democracy.

Donald Trump “is out of control and a danger to our democracy. Everyone must condemn this attack on our democracy,” Schumer added.

Asked about Mr. Trump's remarks on Fox News, former Vice President Mike Pence, who has nevertheless distanced himself from the American billionaire since the attack on the Capitol on January 6, 2021, refrained from condemning them. .

“Candidates who focused on the past, particularly those who focused on questioning the last election, did not do well in the midterm elections” last month, he simply recalled.

Mr. Trump's former national security adviser, the very conservative John Bolton, meanwhile took offense at the suggestion of his former boss. “All true conservatives must oppose his campaign for the 2024 presidential election,” he tweeted.