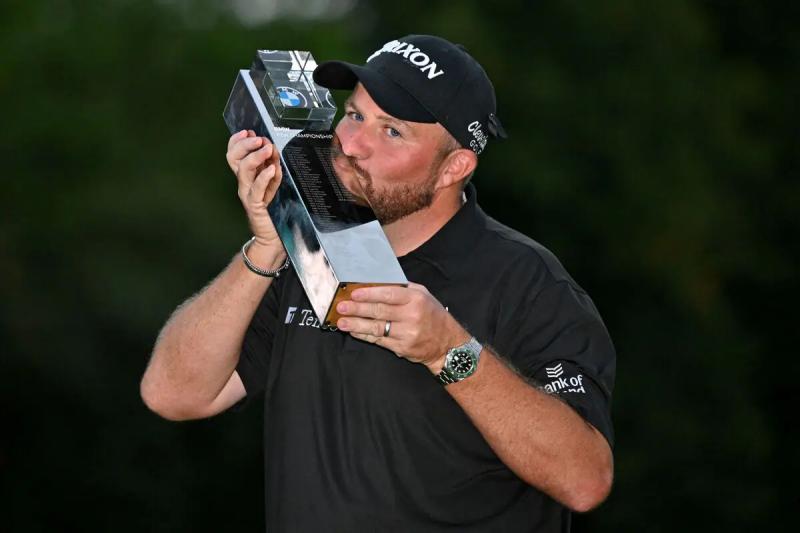 Shane Lowry's crowning at the BMW PGA Championship on Sunday in Surrey, England, had special significance as the Irishman dedicated his victory to golfers who did not bite into the forbidden fruit of the tour LIV.

This edition of the DP World Tour tournament will go down in history for several reasons. Interrupted and shortened due to the death of Queen Elizabeth II, it offered high-level golf… in a tense atmosphere.

Even if Talor Gooch (67) and Patrick Reed (63 ), two members of the LIV circuit, finished in the lead pack, it was finally a three-headed PGA monster composed of Lowry (65), Rory McIlroy (67) and Jon Rahm (62) who rode on the catwalk.

“I did not hide this from anyone: I wanted to win for myself, but for everyone who remained faithful to the [PGA] Tour, launched the winner, whose words were reported by the daily “ Evening Standard”. This win is dedicated to the good guys.”

Lowry was flawless to claim the $1.36 million prize pool. He failed on any of the event's 54 pennants to finish alone at the top at -17. On Sunday, he scored an eagle and five birdies – including one on the last hole, much to the chagrin of his longtime friend McIlroy.

“I think it softened the blow that it was Shane who won,” said the Northern Irishman. If it had been someone else, I wouldn't feel so comfortable. It's always good to see a friend win and I'm very happy for him.”

Leaders after 36 pennants, Denmark's Soren Kjeldsen and Norway's Viktor Hovland were overtaken in the standings after handing identical cards of 70 (-2).

Three Canadians in the top-25

On the LPGA side, Canadians Brooke M. Henderson, Maude-Aimée Leblanc and Alena Sharp all finished the Kroger Queen City Championship in the top-25 on Sunday in Cincinnati.

Henderson did not however not chosen his moment to know his worst moments of the tournament. She was only able to register two birdies – in addition to committing three bogeys – and fell from 10th to 18th, handing a final card of -8.

This gives her everything even the first rank among the representatives of the maple leaf. Two shots behind, Leblanc and Sharp both shot 71 (-2) and tied for 24th, having hit the ball 282 times (-6) since Thursday.

The American Ally Ewing (-22) was able to claim victory after being sensational in the second half. Her streak of five birdies between the 12th and 16th pennants gave her a one-shot advantage over runner-up Xiyu Lin of China (-21).

Besides, the only other Canadian in contender Maddie Szeryk shot 73 (+1) to finish the competition ranked 68th at +2.