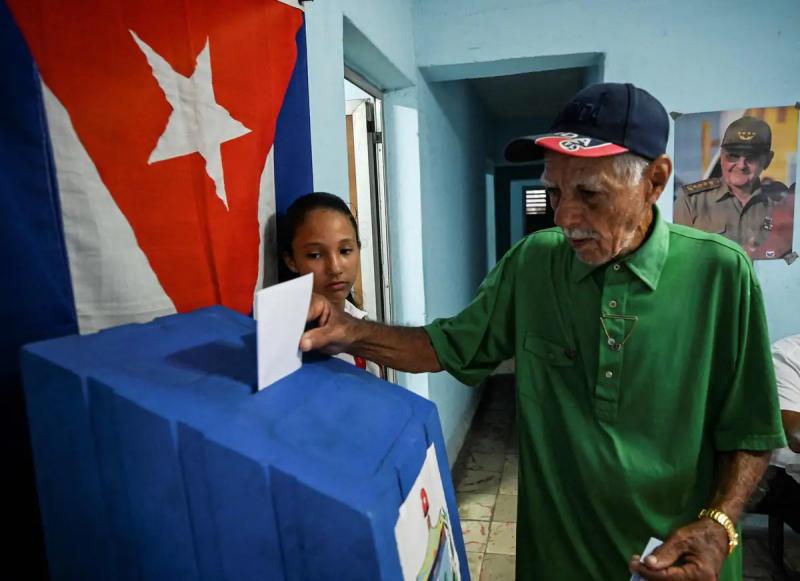 Cubans have approved by more than 66% in a referendum a new Family Code that legalizes same-sex marriage, extended parentage and surrogacy, making the island the most progressive country in the matter in Latin America.

The text was widely supported by the communist government and the 'yes' vote was the subject of intense official campaigning during weeks, on the street, on television and on social networks.

The “yes” received 66.87% of the vote against 33.13% of the votes for the “no”, the highest percentage ever reached in a referendum, according to almost final results announced Monday by the National Electoral Council ( CEN).

This denier specified that the trend in favor of the new law was now “irreversible”. “The family code has been approved by the people,” said the president of the electoral authority, Alina Balseiro.

“The + yes + won. Justice has been done (…) It is a question of settling a debt towards several generations of Cubans, whose family projects have been waiting for this law for years”, welcomed President Miguel Diaz-Canel on Twitter.

Some 8.4 million Cubans were called on Sunday to answer yes or no to the question: “Do you agree with the family code?”

La turnout stood at 74.01%, according to the electoral authority, which still had to validate the results in around thirty constituencies.

This rate is down on the previous referendum. In 2019 the new Constitution was approved by nearly 87% of voters, for a turnout of 90.15%.

“The +yes+ won by a lower score compared to other elections, but with a really large margin,” said Arturo Lopez-Levy, a Cuban political scientist at Holy Names University in California.

The new code, which replaces the previous one dating from 1975 on Monday, is particularly progressive. It defines marriage as the union of “two persons”, thus legalizing same-sex marriage, and authorizes same-sex adoption.

It reinforces the rights of children, the elderly and the disabled, and introduces the possibility of legally recognizing several fathers and mothers, in addition to the biological parents. It authorizes non-profit surrogacy.

Political scientist Rafael Hernandez, interviewed by AFP, confirmed that with the new text Cuba was “at the forefront” in Latin America.

“We won !! Cuba has its Family Code. It is now a question of enforcing it”, reacted on Twitter the journalist and gay activist Maykel Gonzalez Vivero.

Several themes included in the new code remain sensitive in Cuba, where society is still imbued with machismo and where the communist government ostracized homosexuals in the 1960s and 1970s, before making amends. The Catholic bishops also rejected the text.

The poll was held as the country of 11.2 million people is going through a deep economic crisis and facing record emigration.

Over a year ago, in July 2021 , historic protests to cries of “We are hungry” and “Freedom” have also rocked the island.

President Diaz-Canel acknowledged on Sunday “that for such complex issues, where there is a diversity of” personal criteria, and in a difficult economic context, “people can have a sanction vote”.

Opponents of the government were also divided face of the new law, some supporting the text while distancing themselves from power, others calling for voting against or abstaining.

For the dissident Manuel Cuesta Morua, we must not “interpret this vote as support for the regime”. “Many activists in the LGBT community want profound change and have seen (…) an almost unique opportunity to advance certain rights,” he told AFP.

“We salute the decision of the Cuban people” in favor of equal marriage and adoption for all, reacted on Twitter the American embassy in Havana. “But that doesn't change the undemocratic nature of the Cuban regime. The Cuban people deserve to have all their human rights respected,” she added.