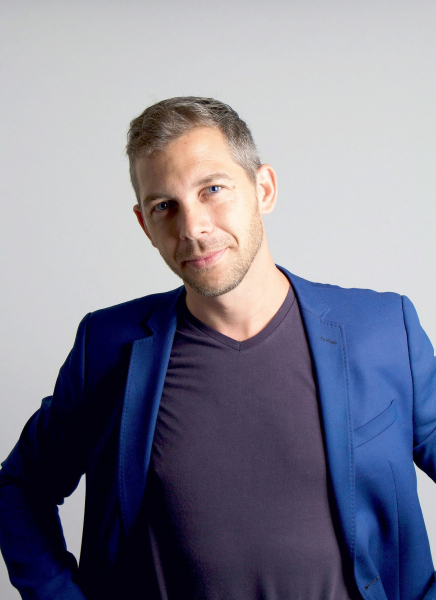 A bizarre cult, UFOs popping up in the Arizona desert, mysterious disappearances: French writer Romain Puertolas delivers an astonishing, grounded, and hugely entertaining story in his new novel, The Lovely. Welcome to the 1970s, to the heart of eternal America, to the land of cacti and rattlesnakes: we must shed light on an extraordinary affair.

Romain Puertolas, famous for his bestseller The Extraordinary Journey of the Fakir who got stuck in an Ikea wardrobe, dives into a very well-crafted investigation where the border between reality and fiction blurs.

The adventure began in March 1976, when a news item hit the headlines in the United States. Several teenagers disappear, for no apparent reason, in a small town in the depths of Arizona where nothing usually happens.

The marginalized community that has settled on the outskirts of the city is quickly singled out and those who are there are taken to task by the mothers of the disappeared. Soon, the entire population will follow their example.

Tension is mounting on both sides of the camps and the sheriff must intervene, in addition to implementing everything he can to try to find missing children. The tracks lead nowhere and alien stories take over.

Romain Puertolas, accomplished writer, chose an original subject and a surprising context to offer a fierce and very addictive novel.

“I've been writing things that are different from what I used to write in the Fakir and all that. I changed publishers because I couldn't change styles too much. Les Ravissantes is something that I had started with The police of flowers, trees and forests, in the style a little more investigation, mystery, detective, with a big twist à la end,” he says.

“I really like the atmosphere of news stories, the sordid, the mystery that there can be in news stories and that's how I started writing Ravissantes continues the author.

Romain Puertolas is fascinated by the American Southwest and all the popular culture associated with it .

“There are the landscapes, the desert, the proximity to Mexico. It's a story of missing children and you might think it's easy in landscapes where there are woods, big mountains, whereas here we are in a landscape that is really very flat, with cacti . It's even more mysterious because we have the landscape in front of us, and yet we don't see the children. We really wonder where they are. »

A little anecdote: the story takes place in a fictional village called St Sauveur and which is anchored in a desert landscape that really exists, near Tucson. But the writer later discovered that there is a Saint-Sauveur in Quebec… but which has nothing to do with the village of his novel!

“C' is a St Sauveur that I invented, with settlers from Burgundy. »

As the action takes place in the 70s, the writing required an immense amount of research to render the realistic story in every detail: means of transport, small shopping centers.

“It's a time that I haven't known and it's in the United States – so it's something that's very far from me. I had to document myself because I wanted it to be realistic in terms of cars, police vehicles, typewriters, buses. It's quite extraordinary, with the internet, we have access to everything! But you have to search a lot. »

“ The sheriff's men had never paid too much attention to these phenomena, to first because they were few in number – all the testimonies came from the mountainous areas of Madera Canyon (above Mount Wrightson) and Harshaw, both uncrowded, in a north-south alignment –, second, because the testimonies came from mostly notorious drunks and other unreliable night owls. There was talk of extraterrestrials (Roswell was only five hundred miles away), of pure souls who had attained nirvana soaring in the sky, of stars serving to guide pilgrims to the Fellowship, in reality, no one had no idea what it was.