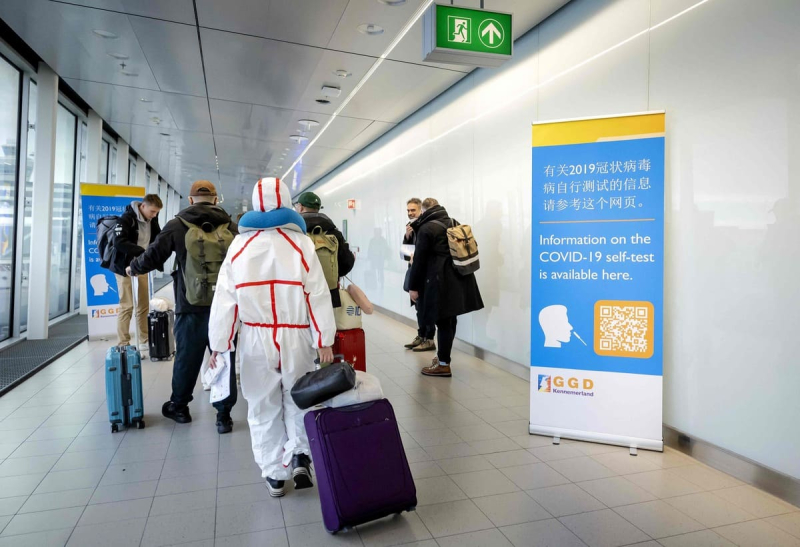 The surge in COVID cases in China is not expected to have a “significant” impact in Europe, as the variants circulating there are already present on the Old Continent, the World Health Organization said on Tuesday ( WHO).

“The current rise in China is not expected to have a significant impact on the epidemiological situation of COVID-19 in the European region,” said WHO Regional Director Hans Kluge during an online press conference.

He called on countries in his zone to only take “proportionate and non-discriminatory” measures vis-à-vis travelers from China.

Several countries including the United States, Japan, France and Germany have introduced the requirement of a negative test for travelers from China. A number also advised against unnecessary travel to that country.

The European Union last week urged its member states to impose pre-flight screening in China and encouraged the Twenty-Seven to complete the negative test with “random tests” on arrival on European soil.

“It is not unreasonable for countries to take precautionary measures to protect their populations, while we await more detailed information” from China, but “these measures must be scientifically justified”, affirmed Mr. Kluge.

According to the WHO, the 53 countries of the region which extends to Central Asia, thanks in particular to the high rate of vaccination, are well equipped to deal with COVID.

“At the start of 2023, the region (..) is actually in a very good position. We have strong population protection, thanks in part to the waves of natural infection that have occurred, but mainly thanks to excellent general adherence to vaccination,” said Catherine Smallwood, emergency manager at WHO Europe.

However, it is important to maintain a high level of surveillance, according to the UN organization.

“After three long years of pandemic, while many countries are struggling with overstretched health systems, shortages of essential medicines and an exhausted health workforce, we cannot afford to put further pressure on our health systems,” Kluge insisted.

“Such a threat could come from a worrisome new variant, anywhere, anytime – including right here in Europe and Central Asia. Based on the lessons learned, we must be able to anticipate, detect and react in time,” he said.