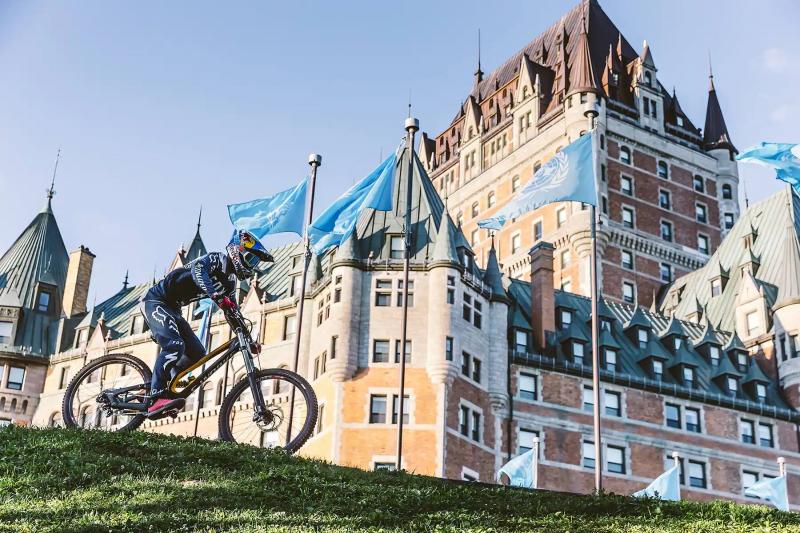 In a Hollywood scenario, cyclist Finn Iles became the first Canadian since Steve Smith in 2013 to claim top honors in the downhill at a men's World Cup event , at Mont-Sainte-Anne.

“It's the most special moment of my life,” Iles said minutes after his victory. All day, the atmosphere was completely crazy. […] When I crossed the finish line, I didn't know I had won until I saw everyone celebrating in front of me. Everyone was completely mad.”

After finishing first in qualifying, the native of Banff, Alta., was the last to go on Saturday afternoon. Briton Laurie Greenland (4 min 11.955 s) seemed to be heading for victory, with more than three seconds of priority over his nearest competitor, but the Canadian decided otherwise. Although the chain on the Canadian cyclist's bike broke at the end of the race, he was able to edge the Briton by two tenths of a second with a time of 4:11.717.

Several amateurs have jumped onto the track to celebrate; the several thousand spectators gathered experienced a moment of ecstasy.

“I was stressed all day, but at the top of the mountain I was confident I knew I could do it,” he said. This is my first World Cup victory, I am now second overall. I am the second Canadian to win a World Cup. It means a lot to me.”

“I can't believe what I'm going through,” added the winner. I was dreaming at this time. It's amazing!”

At 22, Finn Iles is not surprised to find so much success quickly.

“I wouldn't say I'm surprised, since I've been through a lot in the past few years. I pushed myself and made mistakes. I just won, it's just a victory, but it's a victory. She means so much to me. I'm going to celebrate as it should be.”

Earlier Saturday, Jackson Goldstone took top honors in the juniors. It's a great day for Canadian mountain biking, according to Finn Iles.

“It’s completely crazy, commented the latter. It shows where Canada is in mountain biking. There were five juniors in the top 10 [men] and a girl third, the sport is changing a lot. I believe that in the future, we will accomplish great things. It's incredible.”

A 20-year-old triumphs in women's competition

In the women's elite category, Austria's Valentina Holl dominated qualifying, before finishing in first place with a time of 4:56.012.

“It was a mentally tough run,” said Holl after her victory. I knew if I got down safely it would be enough to be in the top 3. But I had to make sure I wasn't too slow, since I know Nina is very fast.”

Although she was more than three seconds ahead, the winner does not consider herself to have been aggressive in her descent.

“I was not very aggressive, for what I am used to to do, I played it safe. […] This is the first time in my career that I have managed to qualify in first position and then win the race without crashing. I'm really happy and I'm going to make sure to take advantage of the big party [Saturday evening] to celebrate, ”she said with a broad smile on her lips.