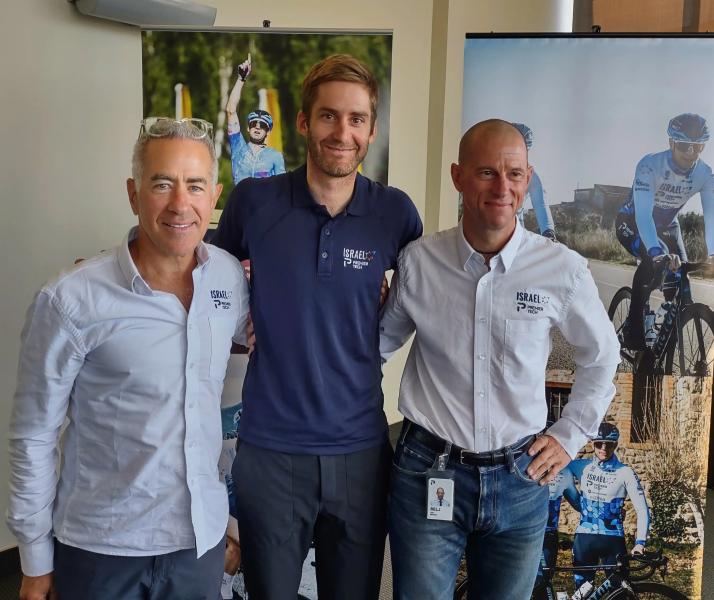 Rivière-du-Loup | Hugo Houle and his teammates visited Premier Tech's head office on Wednesday in Rivière-du-Loup before heading west for training along the St. Lawrence River in Kamouraska.

Two days before the Quebec City Grand Prix, Israel-Premier Tech cyclists were able to discover for the first time the facilities of their Quebec sponsor, present in 28 countries in the world.

Under a perfect temperature, the course with a tourist flavor should also please them in the afternoon. The group had planned a coffee break in a relay village before taking their cycling leave in Saint-Jean-Port-Joli.

In front of the media, the winner of the 16th stage of the last Tour de France explained his long business and friendship relationship with the CEO of Premier Tech, Jean Bélanger, another cycling enthusiast.

“We are rewarded this year beyond our expectations”, affirmed the boss who was present in Brussels during Houle's 1st Tour de France in 2019.

“I am very happy and proud to be associated with Jean to solidify our Quebec roots and Canadians,” added team owner, philanthropist Sylvan Adams.

Both partners had planned to ride with the athletes after the press briefing. >“I am a native of Drummondville and there are not many regions where the landscapes are so beautiful along the river. There is a certain cachet in Rivière-du-Loup that cannot be found elsewhere. I have traveled a lot and there is a local flavor here,” said Hugo Houle.