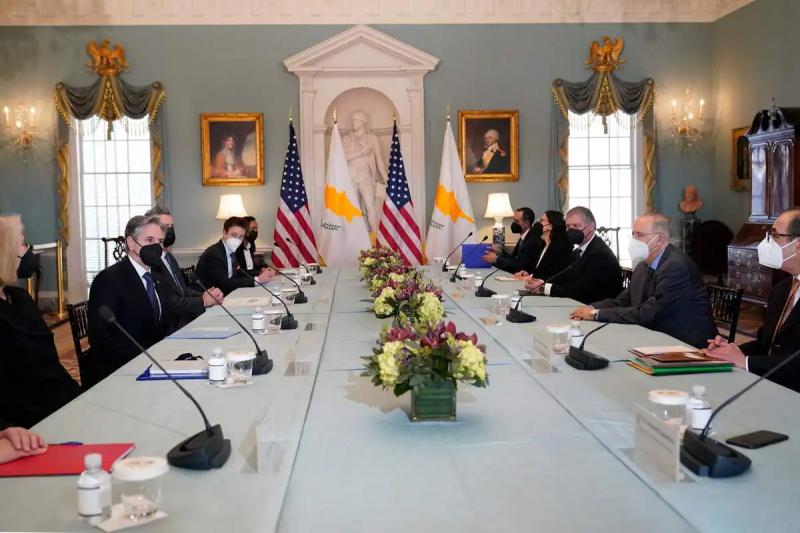 The Cypriot president on Saturday hailed the “historic” decision by the United States to fully lift an arms embargo that had plagued the divided Mediterranean island for decades, on condition that Nicosia continues to prevent Russian warships to access its ports.

Washington had imposed an arms embargo on the whole of Cyprus in 1987, hoping to encourage the reunification of the island divided since the invasion of the north by the Turkish army in 1974, in reaction to a coup of state by Cypriot-Greek nationalists who wished to reunite the island with Greece.

The United States hoped in this way to prevent an arms race and to encourage a peaceful settlement between the Greek majority and the minority Turkish.

“This is a historic decision, which reflects the growing strategic relationship between the two countries, including in the field of security,” Cypriot President Nicos Anastasiades reacted on Saturday. , on his Twitter account.

Some critics say the US embargo has been counterproductive as it has forced Cyprus to seek other partners, while NATO member Turkey maintains troops in the island's controlled north by the self-proclaimed Turkish Republic of Northern Cyprus (TRNC, recognized only by Ankara).

US officials had expressed concern that the embargo would bring Cyprus closer to Russia, with Nicosia having signed an agreement with Moscow in 2015 allowing the Russian navy to access its ports.

In December 2019, the United States Congress voted to lift the arms embargo to allow the export of “non-lethal” military equipment.

With the complete lifting of this embargo, Cyprus must “continue its cooperation” with Washington, in particular by “continuing to take the necessary measures to deny Russian military vessels the access to ports for refueling and maintenance,” added Mr. Pric e.

The EU has closed European ports to Russian ships as part of sanctions against Moscow for its invasion of Ukraine.