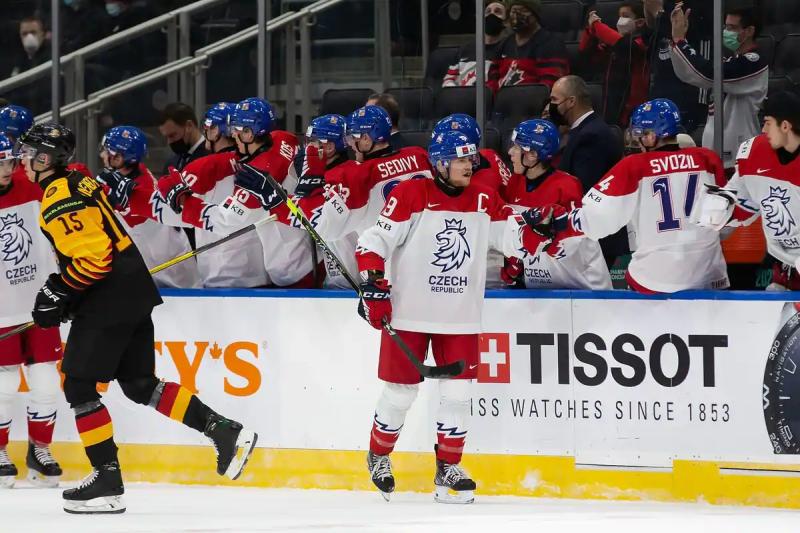 Montreal Canadiens prospect Jan Mysak once again shone at the World Junior Hockey Championship, but his native Czechia lost the flag 4-3 in a shootout against Finland on Thursday in Edmonton.

In addition to being an accomplice to Jiri Kulich's success in the first period, Mysak forced overtime by creating a tie late in the game . He capped off his night as the only Czech player to outwit Leevi Merilainen in a shootout, but the Finns threaded the needle twice in that penalty shootout to end the argument.

Remember that Mysak had also collected two points in his team's win against Slovakia on Tuesday.

By virtue of this victory, Finland temporarily took the lead in group A with five points, since a victory in overtime or in a shootout only adds two points to the standings.

Finland got a sweet start when they defeated Latvia 6-1 in their opener, and didn't look quite ready to defend against the Czechs early in the game.

After less than 12 minutes of game, they trailed 2-0 after seeing Jaroslav Chmelar and Kulich hit the target. That seemed to have whipped Antti Pennanen's men, who fought back with three straight goals.

With one point each in this duel, Raty and Joakim Kemell now lead the tournament with five points in two games, closely followed by Mysak (three goals, one assist).