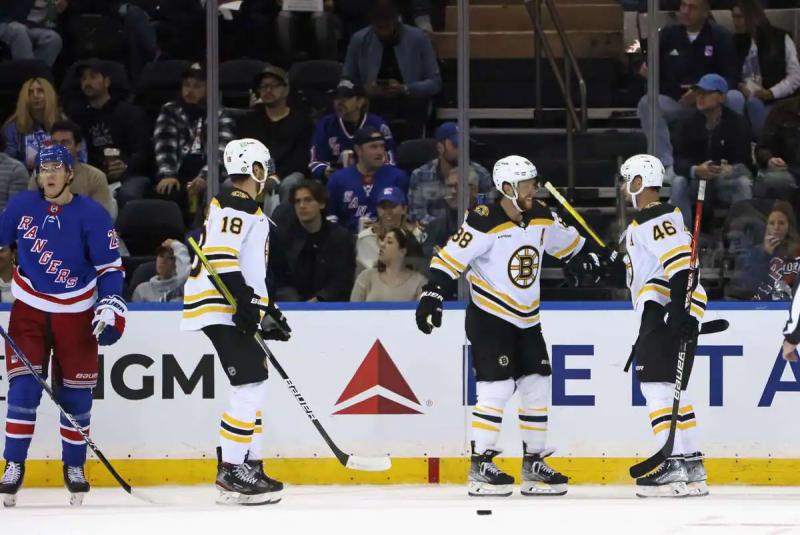 The Czech Boston Bruins trio of Pavel Zacha, David Pastrnak and David Krejci stood out in a 5-4 win over the Rangers on Wednesday in New York.&nbsp ;

A newcomer to Boston after spending the first seven years of his professional career with the New Jersey Devils, Zacha had a goal and two assists, as did Pastrnak. Krejci also hit the target while helping to net.

Former Montreal Canadiens Mike Reilly also contributed. The defender totaled two points, threading the needle once. In front of the visitors' cage, Jeremy Swayman saved 28 of the 32 pucks he faced.

The young Kaapo Kakko showed great things in the loss with a brace, as did his teammate Mika Zibanejad. Jaroslav Halak was unable to limit the damage, however, yielding five times on 26 shots.

Connor Brown is one of them he too is on his first outings with his new team. He led the Capitals to victory with his first game-winning goal in Washington in a 4-2 win over the Detroit Red Wings.

The former Ottawa Senators broke a 2-0 tie at 2 by completing a play by Dylan Strome and Evgeny Kuznetsov on the power play with less than three minutes left in the game. Alexander Ovechkin then completed the scoring in an empty cage.

Tyler Bertuzzi and Michael Rasmussen, for the Wings, as well as Connor McMichael and Nick Jensen, for the local favorites, also moved the ropes.< /p>

In addition, T.J. Oshie left the match after a hard check from Joseph Veleno and he did not return afterwards. He suffered an upper body injury and will be reassessed on Thursday, the Capitals confirmed.