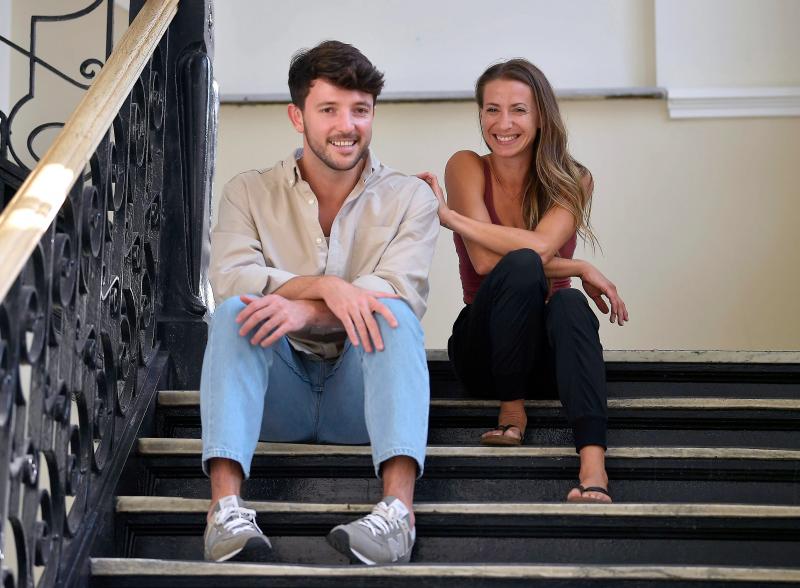 Do not be surprised if, in a few years, participants of Revolution tell in front of the camera that they are Janie and Márcio, big winners of season 2 of the popular TV dance competition, who inspired them to perfect their art.

Since being crowned in 2019, the duo have enjoyed giving back.

Thus, in every city they visit their show Syntonie, which they have presented for a year in the province and stopping at the Grand Théâtre de Québec on Sunday, Janie Richard and Márcio Vinicius invite students from local dance schools to participate in a number on stage with them.

Better still, now that there are no more health restrictions to respect, there are 32 young people from eight dance schools in the Quebec City region (instead of 16 during performances given when there was social distancing imposed) who will live the experience of dancing with professionals in front of an audience tonight.

“Our goal was to encourage young people to continue doing what they love during the pandemic, even if it It was dance lessons via Zoom,” explains Janie, for whom this outpouring of generosity was self-evident.

“It's part of our personalities. We were really proud to win Revolution and we wanted to use this springboard to benefit others. They [the young people] saw the show, they saw that we won and then we will work with them. I think it has an impact and I hope it motivates them, that it makes them realize that it could happen to them too. »

To bring emotions to life

In addition to setting an example for young people, Janie and Márcio also see themselves as ambassadors for contemporary classical dance.

“Winning in a lesser-known style made it even more special. People still stop us in the street to tell us that they didn't really know the dance, but that they had experienced emotions watching us,” rejoices Janie.

“As ambassadors, we want to use this status to democratize and give the chance to other classical and contemporary dancers to be seen”, she continues.

The version of Syntonie that the public of Quebec will see, Sunday evening, will be different from those seen in the other cities of the tour so far .

The multidisciplinary show, in which dance, video, light and music coexist, is now ten minutes longer due to the addition of three professional dancers: Yannick Fahey and Éliana Todaro, the famous Tom and Jerry of season 3 of Rvolution, and the Quebec dancer Sara Harton.

The three will take part in the performances scheduled until May 2023 and there is no doubt that they will be able to graft themselves well to the duo and thus honor the title of this creation.

“The word syntony, specifies Márcio, means to be in harmony without being the same. It represents a lot the relationship of Janie and me. We are friends who have different lives. Despite this, we can be in harmony to create something beautiful, magical and poetic. »