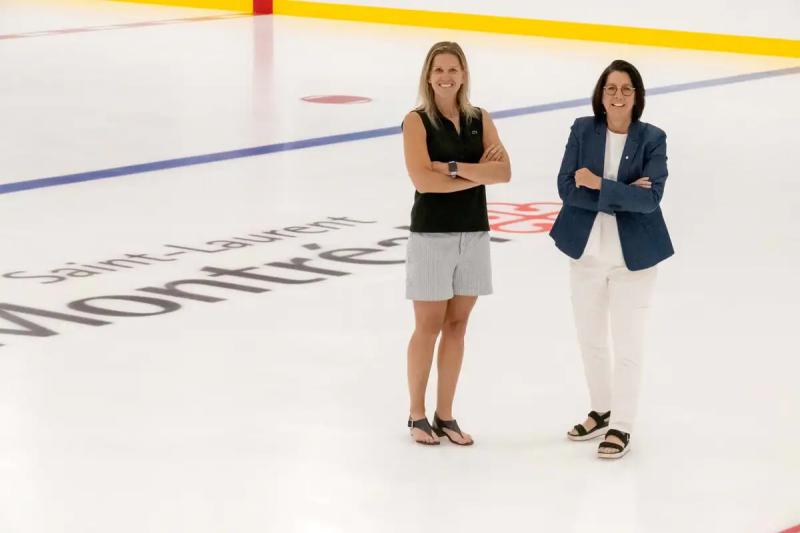 As President and CEO of the Center 21.02, Danièle Sauvageau is very involved in the activities of the Montreal professional team of the Premier Hockey Federation (PHF). However, do not believe that she will not get involved when the circuit desired by the Professional Women's Hockey Players Association (PWHPA) will settle in the metropolis.

In the last few months, the two entities have not been able to agree on a merger and they have decided to end the negotiations. The PWHPA brings together the best players in the world, the majority of whom are Olympians.

Sauvageau has nothing to do with disputes, since his ultimate goal is that there are more opportunities for skaters to continue to practice their sport.

“Me, what I want, c 'is to see players who can continue to play after graduating from university,' said the coach, who led the national team to gold at the Olympic Games in Salt Lake City in 2002.

“To think it's not a good idea to have two professional women's hockey teams in Montreal is to infantilize women's hockey. I'm tired of that.”

“If tomorrow morning a league of four or six teams is founded for the best players in the world, there would still be athletes left out. It's a bit like having the National League and the Quebec Major Junior Hockey League, and nothing in between…”

“Centre 21.02's business plan was created with the goal of having a much higher and much wider pyramid than the service offering we have in women's hockey today.”

It is with the objective of contributing to the long-term development of athletes and coaches that Danièle Sauvageau founded the Center 21.02, a place dedicated to high performance of women's hockey, located in the borough of Verdun.

“We want to be part of the solution. The Centre's service offer is part of this and has shown leadership,” she said.

“The Center oversees hockey operations, whether it be physical preparation, on-ice training and supervision of coaches. I'm here as CEO of the Center. It is therefore up to me to be responsible for the hockey side, ”said the 60-year-old woman, to explain her role with the PHF team.

“Now let's work so that our best players can play competitive matches on a regular basis. We are a few weeks away from having more concrete answers,” she added.

Former team goalkeeper Canadian National Kim St-Pierre didn't hesitate long when the Borough of Saint-Laurent asked her to be one of the ambassadors for the reopening of Aréna Raymond-Bourque.

“It was with great pleasure that I accepted to take on this role, because I wanted to promote this beautiful space for Saint-Laurent. I hope to be able to inspire the population to be more active at the arena,” said the one who will share this role of ambassador with Danièle Sauvageau.

Work at the Raymond-Bourque arena has begun in September 2019. Both ice rinks have been completely refurbished with a new scoreboard. The pro shop has been improved and wood has been given pride of place in the entrance hall. Several elements to improve the ecological footprint of the building have been implemented in this $28.8 million project.

“I saw the before and the after. It is really impressive. I can't wait for everyone to be able to see it and use our two ice creams,” said Kim St-Pierre, who lives in the borough of Saint-Laurent.

Discussing with the triple Olympic gold medalist, it was unthinkable not to mention the return of professional hockey to Montreal with the arrival of the Premier Hockey Federation (PHF).

Would Kim St-Pierre like play a role in the club which will take its first steps in 2022-2023?

“We will see. Hockey is my passion, and I would like to get involved in some way. They have my phone number.”

That's what is said!