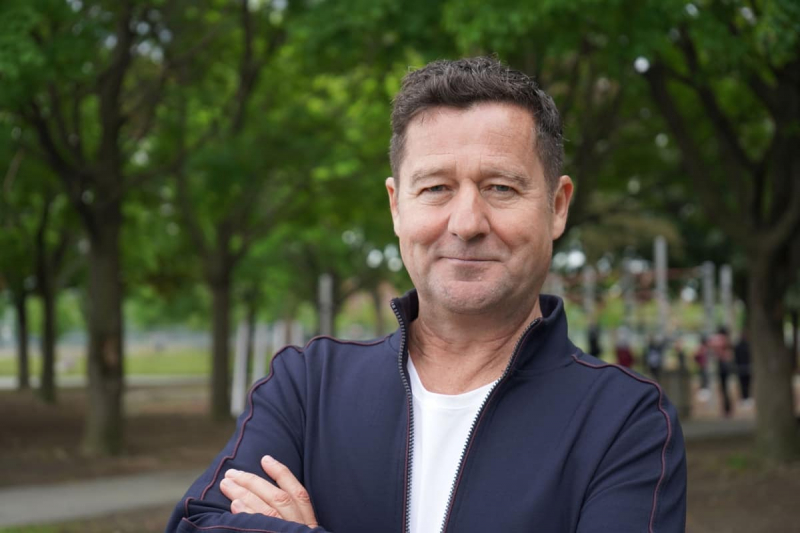 After seeing the six episodes of Dany Turcotte's documentary series on men, I have only one word to say to him: “Thank you”.

Because in this series presented on Savoir media, we finally give the floor to Quebec men who live with school dropout, suicide, distress.

It's crazy, it even talks about a certain “sexism” towards men!

< p>Yes, it is possible to talk about “masculinity” in 2022 without constantly putting the adjective “toxic” next to it.

This is what Dany Turcotte and director, screenwriter and producer Jean Roy have done in the six episodes of this series that I have watched over the past few days. Education, sexuality, parenthood, mental health: Jean and Dany gave the floor to specialists and “everymans” who talk about the specific problems that men experience. Higher suicide or dropout rate, lack of support resources, inability to talk about feelings.

The director of a men's aid group who says: “It's not just the government that has to help. You know that there are not many companies in Quebec that partner with a men's support group. Why? Because they too face the same prejudices as the general population. Joining support groups for men means joining the risk.”

A sex worker who affirms: “We were not taught to talk about our vulnerability, our sensitivity”.

And Dany Turcotte who says during one of his presentations: “You have to adapt social services to the reality of men”.

Wow, that's good to hear that. What men suffer the most in Quebec society is not being heard (really) and not being listened to (really).

We learn, for example, in this documentary that the criteria used to diagnose depression are based on female behaviors, which makes it more difficult to diagnose in men.

I'll give you another example: you don't think we could do better tackling the problem of feminicides if we treated the anger of certain men before they act?

The only criticism I can make of the documentary is that it gave so much importance to the author and professor Francis Dupuis-Déri who declares, in a completely caricatural way, that those who want to help men in crisis always blame women and feminists. Nothing could be further from the truth! What a ridiculous generalization!

You can very well see the distress and confusion of some men without being a racy masculinist or an aggressive incel.

TRUE FEMINISM IS A HUMANISM

In fact, there is a second word that I would like to say to Dany Turcotte. It is the word: “Finally!” It's been a long time since we've seen a series like this in Quebec.

The last time we heard about the “disarray” of men, it was thanks to Denise Bombardier and her series for Radio-Canada… in 2002.