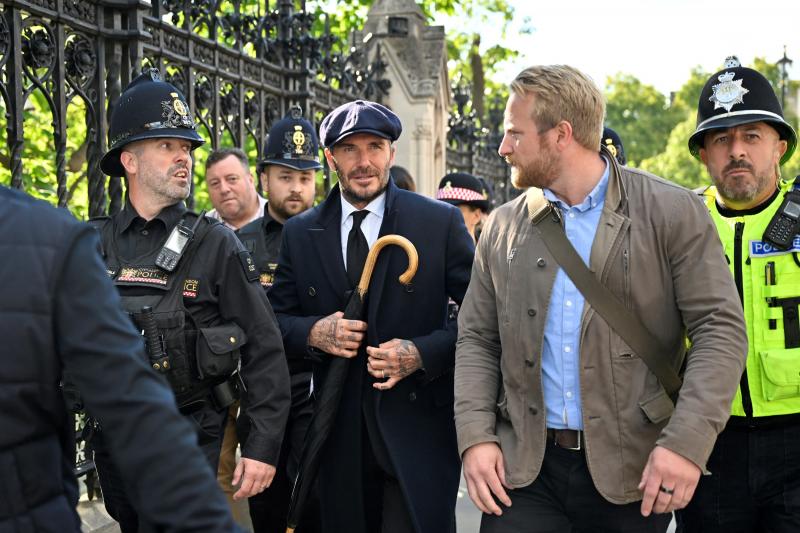 He waited more than twelve hours, like thousands of people: the former British footballer David Beckham made a strong impression on Friday, noticed in the crowd who had come to gather near the coffin of Elizabeth II at the Palace of Westminster.

“I thought coming at 2 a.m. it would be quieter, but I was wrong,” said the former captain of the England national team on the ITV television channel.

“It's difficult for the nation, difficult for everyone. I think everyone feels it and our hearts go out to the (royal) family,” David Beckham, 47, added.

David Beckham says he queued for 12 hours to "celebrate the amazing life of our Queen"https://t.co/dS7cuiwQ3K pic.twitter.com/mv2YcuSIC5

The player also talks about the emotion that gripped him every time he sang the national anthem before a football match. “It was something that meant so much to us,” he recalls.

Photos posted on social media by people close to him in the queue show him in a dark suit and tie and a newsboy cap on his head.

“The queue is now full of people trying to photograph David Beckham, completely forgetting to keep moving forward. It's crazy!”, wrote for example on Twitter Jules Birkby, also present in the queue, above photos showing the former footballer in the queue.

“The most important to me was when I received (my medal of) the Order of the British Empire. I had taken my grandparents, real royalists, with me,” David Beckham told Sky News again.

“I was so lucky to be able to experience such moments in my life, to have been able to approach His Majesty,” added the former star of Manchester United and Real Madrid.

Like him, hundreds of thousands of Britons will be able until early Monday morning to collect near the coffin of Queen Elizabeth, who died Thursday, September 8 at the age of 96, after more than 70 years of reign.