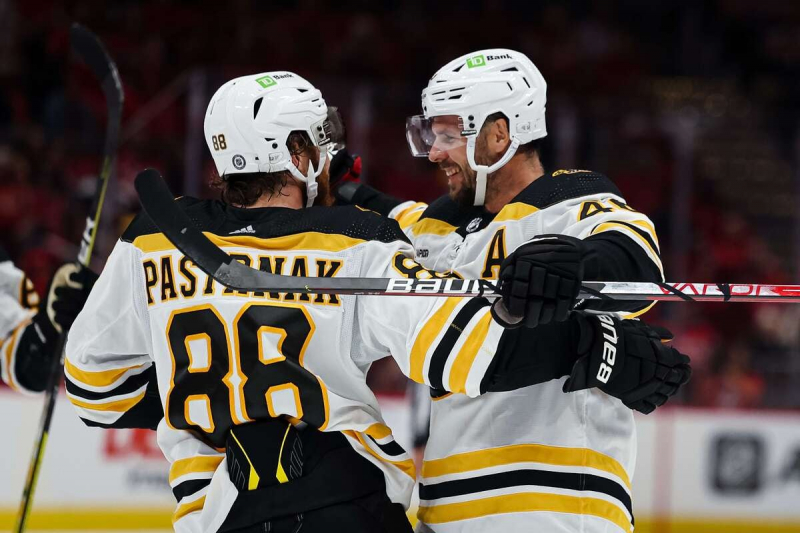 After a year in Europe, David Krejci is back with the Boston Bruins, and the center has already started to wreak havoc with his lifelong team again, picking up three points in a 5-2 victory over the Capitals on Wednesday night in Washington.

Krejci completed an all-Czech unit with David Pastrnak and Pavel Zacha, and the three linemates combined for the insurance goal late in the third period. The veteran threw Pastrnak on a breakaway, before pushing Darcy Kuemper's return shot into the back of the net.

The two men had three and four points respectively. They connected twice in the first period, including on the power play success of Patrice Bergeron. The Quebecer also scored his fourth career opening goal with the Bruins.

In front of goal, Kuemper looked weak at times, being beaten four times on 29 pitches. Linus Ullmark was much more solid turning aside 33 pucks, helping his team go through four power plays.

A loss and a loss for the Jackets

On the side of the PNC Arena, the Carolina Hurricanes had no difficulty beating the Columbus Blue Jackets by a score of 4 to 1, who lost the services of Patrik Laine.

The Finnish striker injured his upper body in the second period and did not return afterwards. While battling with Brett Pesce for control of the puck on the forecheck, Laine's right elbow was compressed against the bay window, causing a hyperextension.

It was Laine who had given the Jackets the lead at the very beginning of the second twenty. Everything got worse afterwards, with the “Canes” relentlessly attacking young goalkeeper Daniil Tarasov. The Russian was also in goal due to injuries to Elvis Merzlikins and Joonas Korpisalo. He did what he could by blocking 39 shots.

Seth Jarvis. Brady Skjei, Martin Necas and Andrei Svechnikov were the goalscorers for the home side. Jesperi Kotkaniemi added his two cents with an assist.

In net, Frederik Andersen stood out with 31 saves.