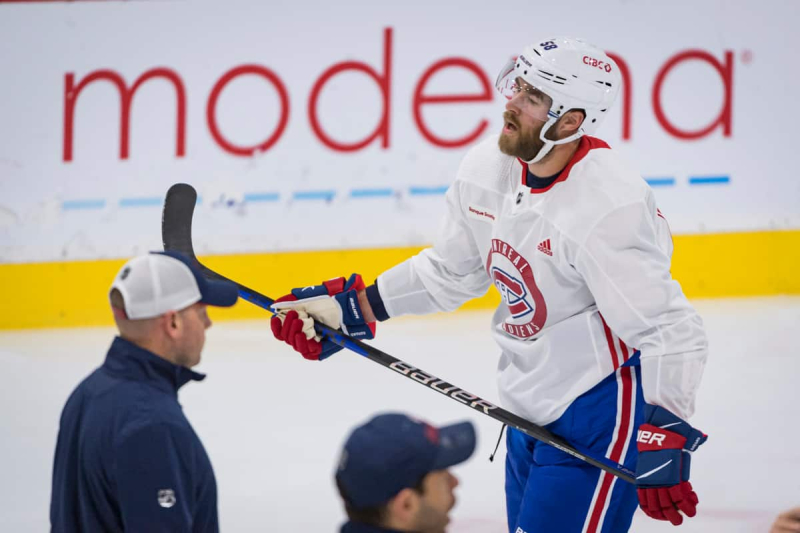 Defender David Savard resumed regular training with his Montreal Canadiens teammates on Monday in Nashville, one step closer to a return to play.

After wearing a jersey that excluded contact on Saturday in Washington, Savard was able to participate in regular exercises again. With an upper-body injury, he hasn't played since Dec. 3 against the Edmonton Oilers.

Head coach Martin St-Louis, however, declined to say if the fullback will be in post against the Predators, Tuesday night.

In this duel, the Canadian will try to put an end to a streak of five losses. Since the holiday break, he has lost his three duels by a combined score of 20 to 5. In St-Louis' opinion, it is not the system that is lacking, but the efforts made battles for the puck.

“You have to win the battles and be more difficult to face,” he said during his daily press briefing. You have to work hard. Me, I start with that.”

St-Louis, who keeps calm in the storm, refusing to garland his troops too brutally. Well aware that his team is young, he has opted, so far, for a softer method. But he acknowledges that his patience has limits.

“If you raise your voice every time, the tone [has less impact]. You have to choose your moments. There are many ways to tell the truth. I have to be myself too. I don't want to become someone I'm not.”

“Everything in life has an expiration date. Anything. Humans, milk on the table… and sometimes patience too.”

Samuel Montembeault will be the goalkeeper in front of the Canadian goal.

The Predators are also experiencing difficult times , having won only three of his last 10 outings.

Guhle in the stands

For his part, young defender Kaiden Guhle was seen in the stands. He was wearing a knee brace.

The rookie was injured in the third period of Thursday's game against the Florida Panthers. While trying to stop Aleksander Barkov behind the net, he saw his rival fall on his twisted leg. The guard did not complete the game lost 7-2.

Guhle had two goals and 12 assists for 14 points in 36 games this year.