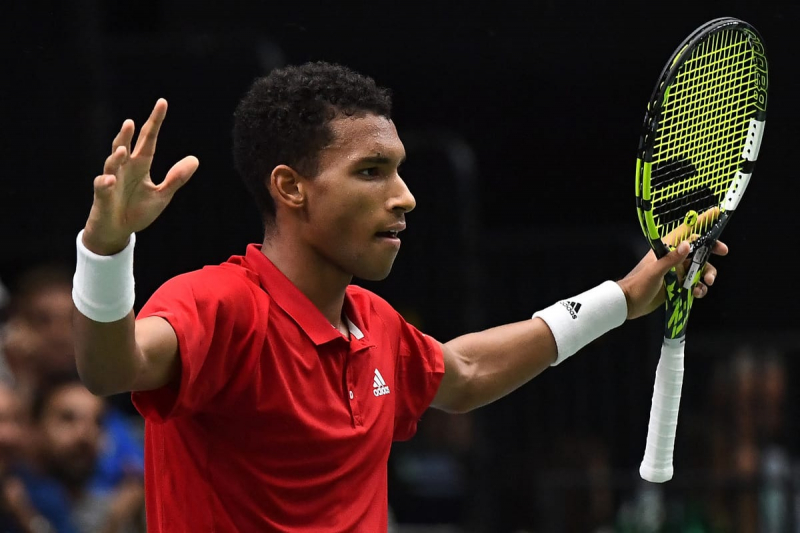 Félix Auger-Aliassime, Denis Shapovalov and Vasek Pospisil, along with Alexis Galarneau and Gabriel Diallo, will represent Canada at the Davis Cup Finals in Malaga, Spain, November 22-27 .

In mid-September, the representatives of the maple leaf won meetings against Spain and South Korea and, despite a 2-1 defeat at the hands of Serbia by way of conclusion, they reached the Finals.

“It is a privilege for our team and our country to be back in the final stages of the Davis Cup,” Dancevic said in a statement from Tennis Canada. We are also very excited about the return of Denis to our squad.

It adds depth to our team which is very much looking forward to defending Canada's colors in the finals.”

“Also considering that our excellent nucleus of players who allowed Canada to qualify in Valencia will also be back, we will have the chance to count on one of the best teams in our history,” he added.

“FAA” is in good shape

The good news for the captain is that he will count, among other things, on an Auger-Aliassime in full possession of his means.

The Quebecer pocketed his second career title on the ATP circuit by triumphing in Florence, Sunday, and was in the quarter-finals in Antwerp this week.

In qualifying for the Finals, he overthrew the Spaniard Carlos Alcaraz, world number 1, and in the Laver Cup, he subdued the Serbian Novak Djokovic.

However, the task for the Canadians promises to be difficult. In the quarter-finals, on November 24, they will face the Germans.

If they win, they will face the Americans or the Italians. The other participating nations are Australia, the Netherlands, Croatia and Spain.