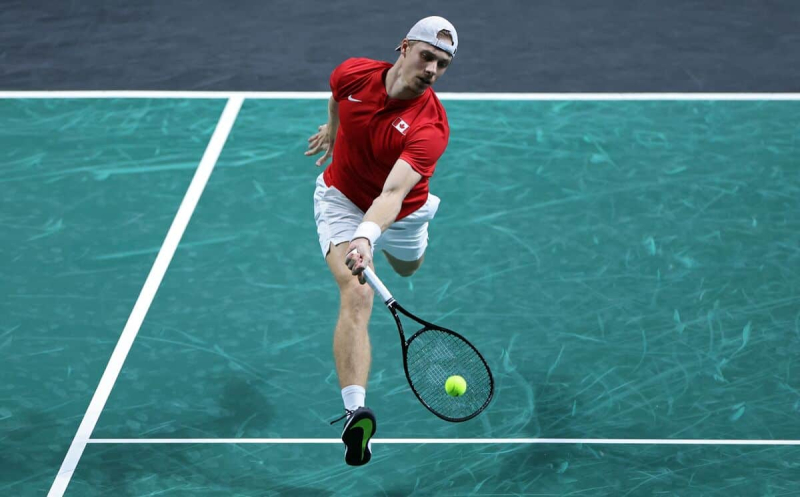 Denis Shapovalov was unable to shake off Jan-Lennard Struff, losing 6-3, 4-6, 7-6(2) in a duel between Canada and Germany in the quarter-finals of the Davis Cup, Thursday in Malaga, Spain.

By virtue of this first loss, decided in 2 h 05 min, the representatives of the maple leaf draw from the back 1-0, whereas two victories are necessary to progress.

Shapovalov multiplied the errors in this match. He committed 10 double faults, which partly erased the benefits of his 18 aces, in addition to 24 unforced errors. In particular, he let through a ball he thought was offside before it fell inside the bounds of the field when his opponent took advantage of a break point in the third inning.

“Shapo” showed resilience, however, taking advantage of his fifth break point of the game to return on equal service in the ninth game of the final set, all while Struff (152nd) served for the game. But he was never in the game in the tiebreaker.

It was also the sixth victory in nine encounters for Struff against “Shapo”.

< p>Germany thus takes the lead in this duel, so another victory will be enough to join Italy in the semi-finals. Félix Auger-Aliassime should be in action for the next singles match and a doubles match will serve as a tiebreaker if needed.