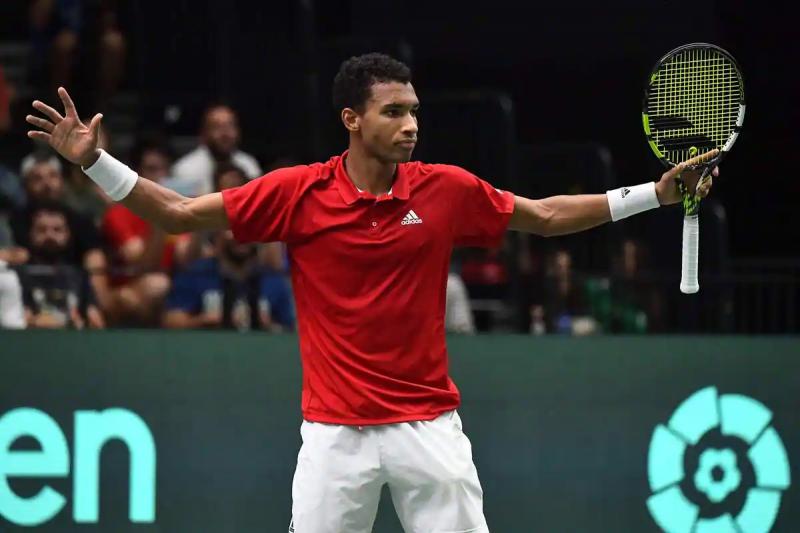 Winner against the first player in the world the day before, the Spaniard Carlos Alcaraz, Auger-Aliassime continued his momentum, showing himself to be dominant with the balls in hand. The 22-year-old had an impressive 14 aces and no double faults. He also won 29 of 32 rallies after putting his first serve between the lines. The Quebecer still faced two break points, but saved each of them.

In return of serve, “FAA” broke his opponent twice, once per set , thus taking advantage of half of his chances.

By virtue of this win, Canada will travel to Malaga, still in Spain, at the end of November, to play in the final of the competition.

Diallo is not there can't do anything against Djere

In his first career game for Canada at the Davis Cup earlier today, Quebec's Gabriel Diallo could only see the power of Serbian Laslo Djere, who triumphed in two sets of 6-2 and 6-2.

The man who won his first tournament on the ATP Challenger circuit in Granby in August was unable to preserve his service adequately, winning only 16 of 30 rallies when he was putting his first ball into play. The 334th player in the world even had his serve stolen four times, twice per set.

In return, Diallo offered himself three opportunities to take his opponent's serve, but did not take advantage of any of his chances. Djere, 66th racket in the ATP, was also dominant with the balls in hand, with an 80% success percentage in a first-ball situation, winning 84% of rallies when his first ball was between the lines. /p>

The Canadians will have one last duel to play, in doubles, later in the day. If this duel has no importance regarding the participation or not of Canada in the final, it could however have an importance on the final classification in Group B. A victory would ensure the representatives of the maple leaf of the first rank.