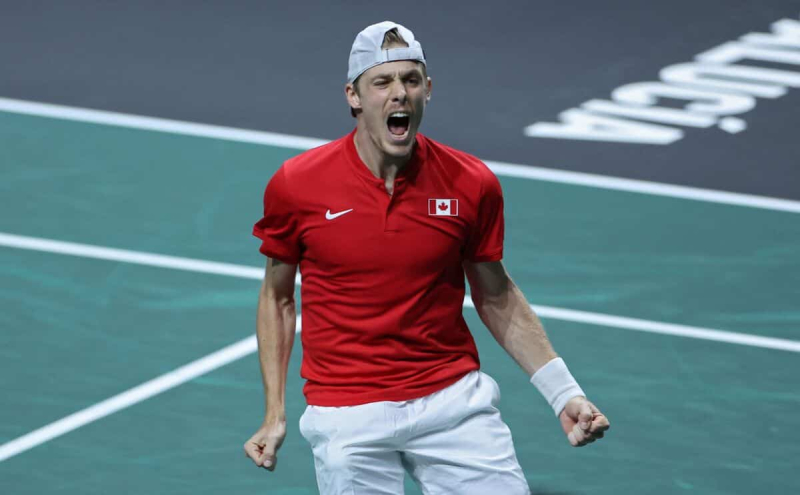 MALAGA | We saw him drop his racquet to the ground and let out a shout towards the Canada bench once the last ball of the game was played. But inside, it's a big “phew!” » that Denis Shapovalov had to push.

After suffering two setbacks in as many singles outings since the start of this Davis Cup final phase, “Shapo” wasted no time this time getting the first point for Canada on Sunday in their ultimate confrontation of the tournament, against Australia.

The 18th in the world crushed Thanasi Kokkinakis, in two sets of 6-2 and 6-4. It only took 1h 29 for the Canadian to take the measure of his rival, ranked 95th.

Erratic, without a solution in the face of Shapovalov's attacks, the Australian quickly found himself trailing 4- 0 in the first set in just 16 minutes, in an almost full Martin Carpena stadium even if no European delegation reached the final.

The score narrowed slightly at the start of the second set, but determined and more creative, Shapovalov scored the break in the third game.

The Canadian then erased three break points in the at 2-1, in a game that will have had the effect of lengthening this match a little, for some 12 minutes. But after this drop in speed, “Shapo” regained its level of play.

He only shook at 5-2, when serving for the win, conceding his serve to Kokkinakis on a double fault. But Denis recovered at 5-4, closing the match with a service winner.

Félix against de Minaur for the title

After this quick victory for the 23-year-old Ontarian, it is the best ranked singles players from each nation who will take to the field in Malaga.

Félix Auger-Aliassime, sixth, will therefore have the chance to offer in Canada the first title in its history in the Davis Cup, against the 24th in the world, Alex de Minaur.

Félix won the only confrontation between the two players on the ATP circuit: it was in Cincinnati, in August, and the 22-year-old had won in two sets.

If the Quebecer ever lost this match, there would be a doubles match between the two countries to determine the outcome of this match. final. Auger-Aliassime and Vasek Pospisil are currently the two players announced by captain Frank Dancevic.

On the Australian side, Lleyton Hewitt would bet on Max Purcell and Jordan Thompson.