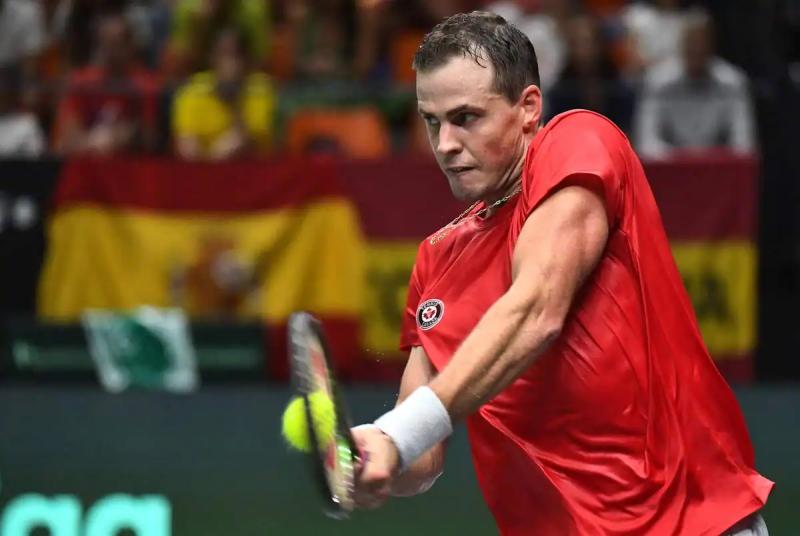 British Columbian Vasek Pospisil was unable to build on his momentum from the opening set against Roberto Bautista Agut, losing in straight sets 3-6, 6-3, 6-3 on Friday in Valencia, in the first round robin match between Canada and Spain in the Davis Cup Finals.

As a result, the Maple Leaf representatives will have to rely on Félix Auger-Aliassime to try to level the odds in the confrontation of the day. However, the Quebecer's task promises to be difficult, as he will be up against Carlos Alcaraz, the world's leading player and recent US Open champion.

Occupying 141st in the world, Pospisil saw off Bautista Agut (21st) take off under the encouragement of a partisan crowd in the second set, despite an 11-2 domination in terms of aces. The winner made three breaks in 12 occasions during the 2 h 11 min match. The Canadian committed 33 unforced errors, compared to 13 for his opponent.

Having won two of the three games in their duel against South Korea on Tuesday, Canada will face Serbia – on the airwaves of the TVA Sports channel – to end the tournament on Saturday. He will have to finish in the top two in the Group B standings in order to qualify for the Finals scheduled for November 21-27.