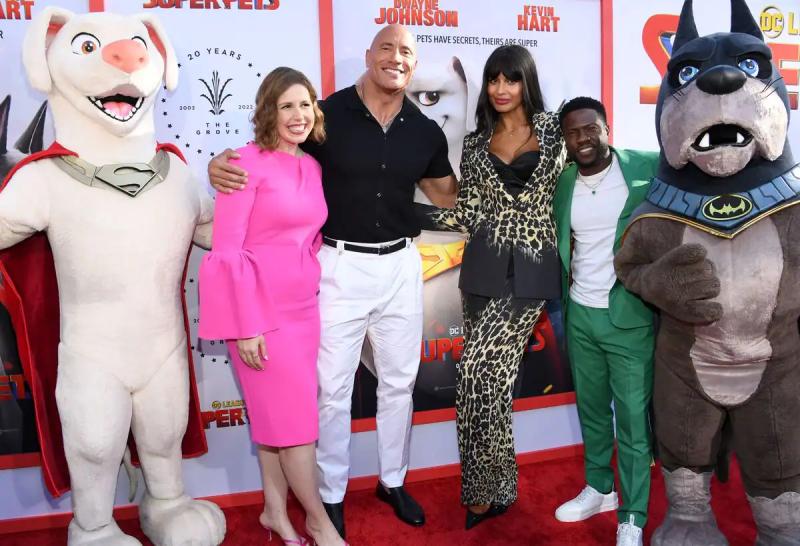 The animated film “DC Krypto Super-Dog” and its canine hero with superpowers have risen to the top of the North American box office, according to estimates on Sunday by the specialized firm Exhibitor Relations.

With the voices of several stars, such as Dwayne Johnson and Kevin Hart, the film follows the adventures of Krypto, Superman's dog, who must rescue the superhero by company of other four-legged characters. It raked in $23 million for its debut weekend.

In second place, the horror film “Nope” by director Jordan Peele, known for the terrifying “Get Out”. “Nope”, an unclassifiable film, between horror and science fiction, all in a western setting, won 18.5 million dollars (80 million since its release).

Oscar-winning actor Daniel Kaluuya portrays a horse trainer frightened by the appearance of mysterious phenomena in the sky of his ranch. But he and his sister (Keke Palmer) are torn between fear and the desire to reach glory by capturing these scenes for social networks.

Coming third, “Thor: Love and Tonnerre” , the fourth episode of the saga of the Norse hammerhead superhero played by Chris Hemsworth, accompanied by Natalie Portman and Christian Bale, has grossed 13 million dollars (300 million since its release).

Fourth is “Minions 2: Once Upon a Time Gru” (almost 11 million , more than 320 million since its release). The animated film explores the beginnings of Gru, a villainous but nevertheless endearing character in this hit saga.