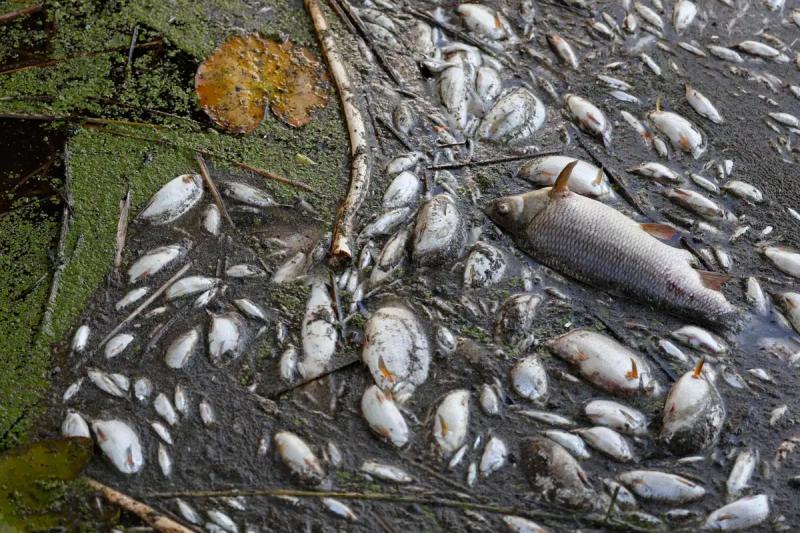 Thousands of fish float lifeless on the Oder River, which flows through Germany and Poland, raising fears of an environmental 'disaster' as local people are told to stay away from its waters .

These shoals of fish flocking, bellies in the air, to the shores near the town of Schwedt in eastern Germany, were probably carried by the current from Poland where the first cases were reported by locals and fishermen as early as July 28.

German officials, taken by surprise by their massive arrival, accused the Polish authorities of failing to inform them.

German Environment Minister Steffi Lemke has demanded a full investigation to determine the causes of this “environmental disaster”.

In Poland, the right-wing populist government has come under fire for not reacting sooner.

The Prime Minister Mateusz Morawiecki assured on Saturday that he had been informed “August 9 or 10” of the pollution. “Obviously I learned this too late.”

“At first everyone thought it was just a local problem,” he said on his weekly podcast on Friday.

“The scale of pollution is very big, big enough to say that the Oder will need whole years to return to its natural state,” he admitted.

Standing at the water's edge, Michel Tautenhahn, deputy head of the Lower Oder Valley National Park, gazes in dismay at the river, which forms a natural border between Poland and Germany.

“We are on the German side. We have dead fish everywhere,” he told AFP.

“I am deeply shocked…I feel like I see decades of work ruined (… ) Water is our life,” he says, adding that a host of other aquatic animals such as mussels have also succumbed.

Fish, “it's just the emerged part of the iceberg”, he assures.

The Oder has been considered a relatively clean river for many years, home to around 40 species of fish.

Many – some a few centimeters long, others almost 40 cm long – float now lifeless on the river. Sometimes you see some of them flapping their tails and turning around with difficulty to try to swim.

Authorities believe that the fish were probably poisoned.

Their death is “atypical,” explains Axel Vogel, Minister of the Environment for the Land of Brandenburg, judging that “tons” of fish have probably already perished.

The death of fish is often caused by the distortion of oxygen levels when the water level is too low, he explains.

“But we have noticed an increase in the oxygen level for several days, which indicates that a foreign substance was introduced and caused all this”, according to him.

Tests are underway in Germany to establish the nature of this substance. Authorities have already reported signs of extremely high levels of mercury.

In Poland, the prosecution has been seized of the case, while indignation is growing in the country. The head of government sacked two water and environmental protection officials on Friday, whom he blamed for “acting too slowly”.

On Saturday, the Polish police offered a reward of 210 000 euros to find the author of the pollution.

On the banks of the Oder in Germany, Mr. Tautenhahn worries about the future. “If it's mercury, it will stay there for a long time,” he said, recalling that this metal does not disintegrate and could remain for many years in the sediments.