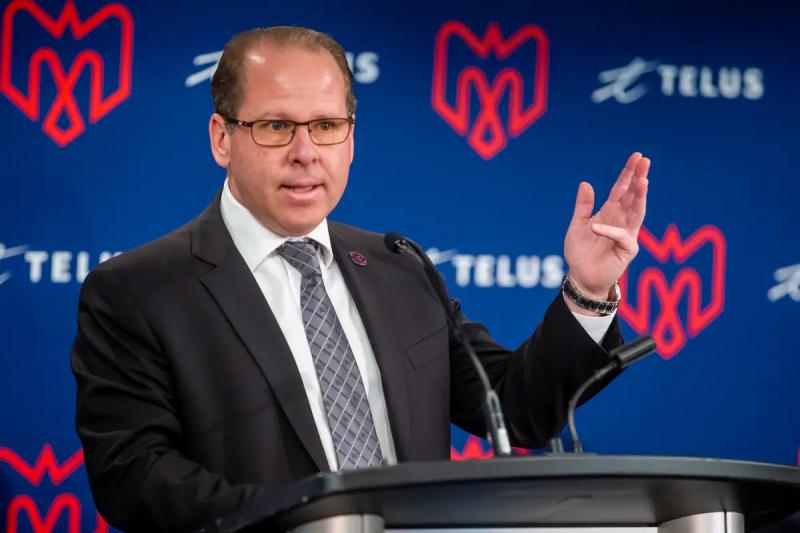 Danny Maciocia will have time to change his mind in the event of a loss to the Elks on Saturday in Edmonton, but at first glance, the interim head coach and general manager of the Montreal Alouettes does not hear not complete a trade by the Canadian Football League (CFL) trade deadline next Wednesday.

“Probably there will be no transaction. I don't see what we could get, considering what it could cost us, said Maciocia in an interview given Thursday before the Alouettes left for Western Canada. We are confident with the team we have here, even in the players who are not in uniform for games. We are confident in our substitutes if we need to call them to play.

“There probably won't be a trade, but we're always listening if there's a call coming in and it makes sense to trade to improve,” the 55-year-old finally added. years, logically.

The Alouettes (6-7) have won four of their last five games and Maciocia shows great confidence in the players he has at hand. Quarterback Trevor Harris feels the same way.

“I think we have what it takes to accomplish what we want for the rest of the year,” Harris said. It's Danny's file, but I'm glad to know he thinks that way, because I also have confidence in my teammates who are in this locker room.

L importance of the month of october

By visiting the Elks on Saturday, the Alouettes will begin their final sprint of the regular season, consisting of a total of five games in October. The next meetings will be October 10 and 14, each time against the Ottawa Redblacks. The Montreal club will complete the campaign by facing the Toronto Argonauts on two occasions, October 22 and 29.

“For every team I went to the Gray Cup Finals with, whether it was 2012, 2016 or 2018, we were dominant in the last month of the season,” Harris said. Once in the paying zone, you have to make a successful touchdown and not be satisfied with a placement. You have to avoid penalties and be explosive. The offense must be able to stay on the field when it comes time to give the defense a rest. That's the type of thing to do in the last five games of the season. You have to accumulate victories, but also stay in a good state of mind.”

In 2012, Harris played his first season in the CFL, with the Argonauts, while playing for the Rouge et Noir, in 2016 and 2018. The quarterback was crowned Gray Cup champion in 2012 and 2016, but he was not the main offensive pivot. It was more like Ricky Ray and Henry Burris, respectively.

“My reputation is stronger now, but I've never won the Gray Cup as the No. “said Harris, saying he wanted to prove his worth by the end of the season with the Alouettes.

“For me, what matters is who we are now and what we become, added the 36-year-old American. We have five games left to play and we control our destiny.”