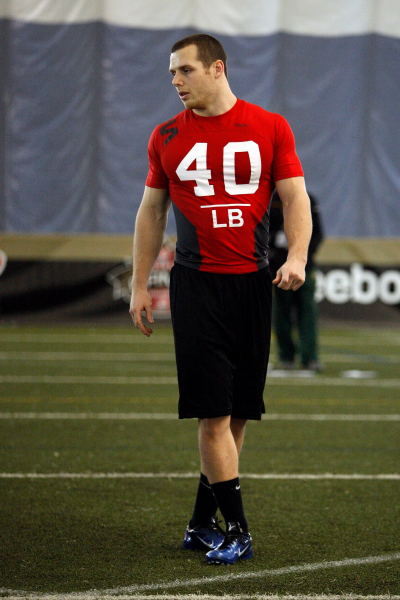 Quebec footballer Jonathan Beaulieu-Richard, who notably played for the Montreal Alouettes, died of cancer at the age of 33.

< p>In September 2021, the Trois-Rivières native posted a long message on his Facebook page where he announced that he was suffering from stage 4 sarcoma and that he was going to have open heart surgery.

The former linebacker played 26 career games in the Canadian Football League (CFL), including 11 with the Als. He wore the colors of the Montreal club in 2013 and 2014. Beaulieu-Richard also played for the Hamilton Tiger-Cats (2013) and the Ottawa Red and Black (2015-2016).

The pharmacist played for the Carabins of the University of Montreal during his studies, from 2008 to 2012. He is also the record holder of this team for the most tackles in one game and in one season.< /p>

After he retired from football, Beaulieu-Richard became involved in politics. He was an independent candidate in the 2018 provincial elections, in the riding of Maskinongé. The father of two children had also shown interest in the Bloc Québécois nomination in the riding of Trois-Rivières the following year.