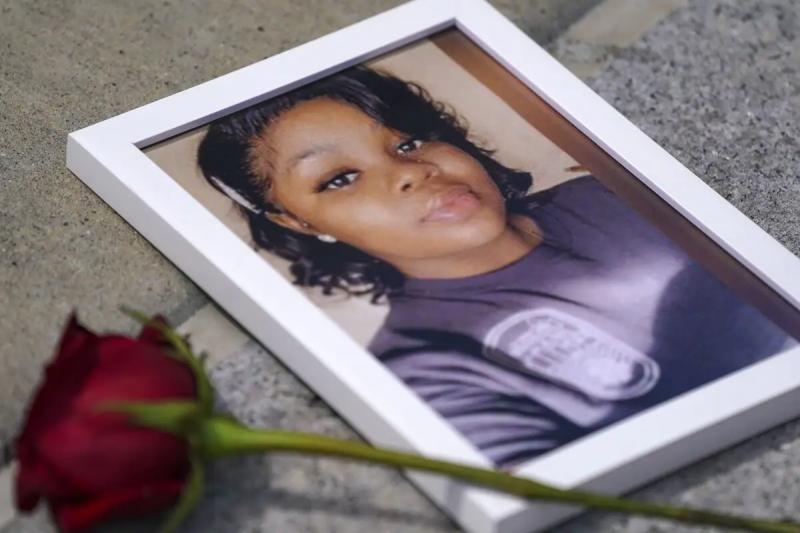 WASHINGTON | The US Department of Justice on Thursday announced federal charges against four police officers involved in the death of African-American Breonna Taylor, who was shot dead in her Louisville apartment in 2020 and became an icon of the Black Lives Matter movement.

Local justice had charged only one of the officers involved in the tragedy, not for the death of the young woman but for having “endangered” his neighbor by discharging his weapon through a partition.

The acquittal in March of this policeman, Brett Hankison, was seen as a denial of justice by anti-racist activists.

Federal justice, which conducted its investigation in parallel, finally decided to charge him “for excessive use of force”, announced Minister Merrick Garland at a press conference.

She also charged three of his former colleagues with lying about the search warrant that sparked the tragedy. “The defendants knew that the warrant contained false and misleading information and that others had been omitted,” Merrick Garland explained at a press conference.

They “knew it could create a dangerous situation and we submit that these unlawful acts resulted in the death of Miss Taylor,” he added.

The three officers, who had not taken part in the raid, had then “taken measures to cover up their misdeeds” and in particular lied to the FBI, according to the minister.

– “No knock” warrant – On March 13, 2020, three police officers from Louisville broke into the home of Breonna Taylor, a 26-year-old health care aide, in the middle of the night as part of a drug trafficking investigation targeting her former boyfriend.

His new companion, Kenneth Walker, believed they were burglars and fired a shot with a legally owned weapon. The police fired back and Breonna Taylor received about 20 bullets.

The officers had a so-called “no knock” warrant, authorizing them to break down the door without warning. They claim to have announced themselves all the same, which Mr. Walker disputes.

The death of Breonna Taylor did not attract much attention at first, but she returned to the front from the scene as part of the major anti-racism demonstrations that have rocked the United States after the death of George Floyd, a black man in his forties, choked to death by a white police officer in Minneapolis on May 25, 2020.

Louisville, the most large city of Kentucky, was set ablaze in September 2020, when the prosecutors had given up prosecuting the other police officers involved in the tragedy and had retained only an additional charge against Mr. Hankison.