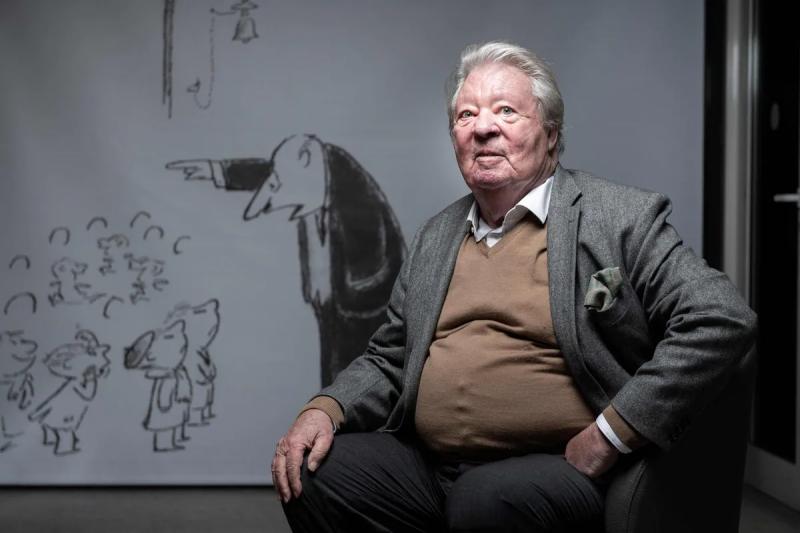 French cartoonist Jean-Jacques Sempé, known for his illustrations of the adventures of “Little Nicolas” and his humorous press cartoons, died Thursday at the age of 89, announced his wife Martine Gossieaux Sempé to AFP.

“Comedian designer Jean-Jacques Sempé died peacefully (Thursday) evening, August 11 (2022), in his 89th year, in his vacation home, surrounded by his wife and close friends,” said Marc Lecarpentier, his biographer and friend, in a statement to AFP.

Great French master of humor and poetry, a mixture of derision and modesty, Sempé has traced from the 1950s until today a work full of good nature: drawings for the New Yorker, Paris Match or L' Express to the albums of “Petit Nicolas”.

Sempé was one of the artists most requested by the New Yorker with a hundred covers drawn by his hand.

Born in 1932 in Pessac, near Bordeaux, the cartoonist has published a dozen albums in his career, “Saint-Tropez”, “Tout se complicate” and especially “Petit Nicolas”, sold today at some 15 million. of copies.

A natural child, beaten and stuttering, Sempé did not really have the childhood of his hero Nicolas whom he brought up with Goscinny in an idealized France of the 1950s.&nbsp ;

Since “Petit Nicolas” which he created in 1959 with René Goscinny, Jean-Jacques Sempé published almost one album a year and signed a hundred front pages in the press.

A bus on a bridge crossing the Seine at night, musicians, cyclists, a fire-eater, scenes in Central Park, Saint-Tropez or the Luxembourg Gardens… In each of his works, we rediscovers his favorite themes: the smallness of man in nature ure, his loneliness in the city, his arguments, his ridicule and his excessive ambitions, the limits of team spirit.