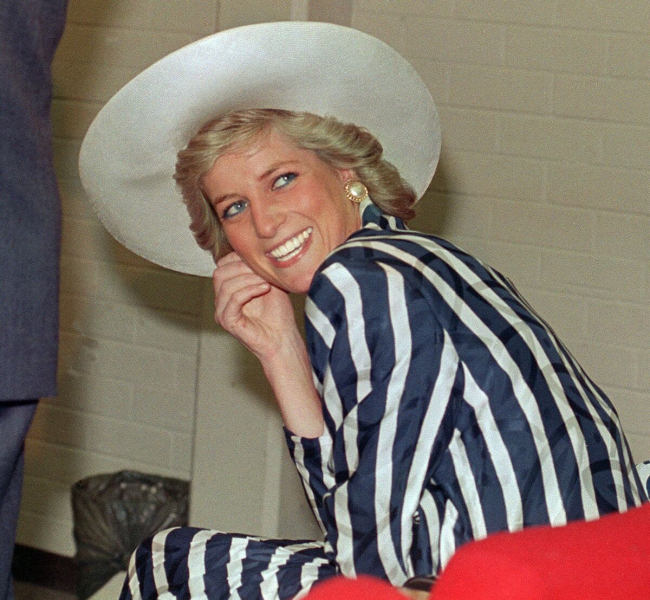 On August 31, 1997, Princess Diana died in a car accident in Paris. For a week, until his grandiose funeral, the United Kingdom is immersed in unprecedented mourning, which shakes the monarchy.

Divorced for a year from Prince Charles, the 36-year-old and her new relationship, Egyptian film producer Dodi Al-Fayed, have been hounded all summer by the paparazzi around the Mediterranean.

Arrived in the afternoon of August 30 in Paris, the couple went to dinner at the Ritz, a palace in Place Vendôme, which they are trying to leave discreetly shortly after midnight in a Mercedes.

Pursued by photographers on motorcycles, the powerful sedan rushes at high speed into the Alma tunnel and hits a pillar.

Diana is extracted by the rescuers from the crushed Mercedes. Dodi Al-Fayed and their driver, whose investigation will show a high blood alcohol level, died on the spot. Their bodyguard was seriously injured.

Seven photographers were arrested. The next day, photos of the accident will be offered to magazines for a million dollars.

The princess, who presents a “very serious haemorrhagic shock of thoracic origin”, is transported to the Pitié-Salpêtrière. At 4 a.m., the doctors pronounced him dead.

The French ambassador telephoned the Queen's collaborators in Balmoral, Scotland, where Elizabeth II, her husband the Duke of Edinburgh, Charles, as well as the Princes William, 15, and Harry, 12, are staying over the summer.

The United Kingdom wakes up in mourning. Under a gray sky, hundreds of Londoners, in tears, begin to lay flowers in front of Buckingham and Kensington Palaces, residence of the Princess.

Sobs in the voice, the Prime Minister Labor Tony Blair pays tribute to 'the people's princess'.

Around the world there is consternation. US President Bill Clinton says he is “deeply saddened”. In India, Mother Teresa prays for the deceased before she dies a few days later. Michael Jackson, “collapsed”, cancels the concert he was to give in Belgium.

The paparazzi are the first indicted. Diana's brother, Charles Spencer, accuses the newspapers of having “blood on their hands”.

Embarrassed, the British popular press elevates Diana to the rank of icon. “She was born lady. She has become our princess. Her death made her a saint,” writes the Daily Mirror.

Popular fervor is growing. At the palace of Saint-James, where his body rests, it is necessary to wait until eleven o'clock to access the registers of condolences.

“The vision of the bouquets of flowers is striking: a real sea approaching the hundred meters long”, writes AFP.

“The Queen forced to speak”

The organization of the funeral is a headache head. Since her divorce, Lady Di no longer has the right to the title of royal highness and to a national funeral. But the British are demanding a tribute worthy of their “queen of hearts”.

Especially as anger is mounting at the silence of the royal family, entrenched at Balmoral.

The newspapers, furious at the absence of a flag at half mast on Buckingham Palace, call on the Queen to address his subjects. “The royals have let us down,” stings The Sun.

“Wounded”, Elizabeth II resolves on September 5 to pay tribute to this ex-daughter-in-law whom she did not like in a televised address – the 2nd in 45 years of reign –, before publicly bow to her coffin.

“If the Windsors don’t learn their lesson, they will not only bury Diana, but their future too,” warns the Guardian, as nearly a quarter of Britons are now in favor of the abolition of the monarchy.

The next day, nearly a million people attend the funeral procession in a heavy silence, punctuated by tears and the sound of the death knell.

Heads down, the two orphan princes follow the coffin, accompanied by Prince Charles, the Duke of Edinburgh and the Earl Spencer, under the gaze of 2.5 billion viewers.

In Westminster, 2,000 guests, including Hillary Clinton, Tony Blair, Luciano Pavarotti, Margaret Thatcher and Tom Cruise, attend the ceremony. Elton John performed his hit “Candle in the wind”, the lyrics of which he rewrote as a tribute to Diana.

In the afternoon, the princess was buried privately in Althorp, North West London. She rests there on a small island in the family park.