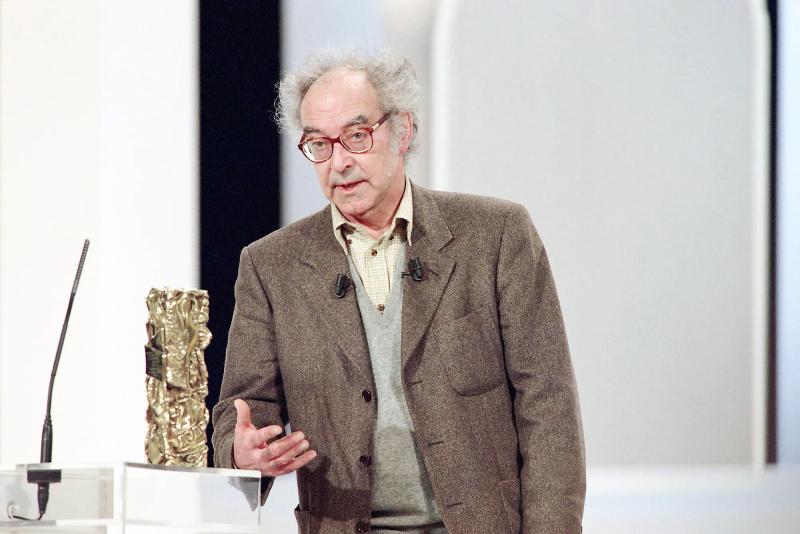 In December 1968, a few months after interrupting the Cannes Film Festival in support of the May 1968 student movement, Jean-Luc Godard made a short stay in Abitibi to try a television experience engaged in a local Rouyn-Noranda station.

Even if it was shorter than expected, this surprise visit from the sacred movie monster made an impression in Abitibi. Filmmaker Julie Perron recounted the events in a short NFB documentary, released in 2000. Abitibi-based director Éric Morin was inspired by Godard's visit to Rouyn-Noranda to write his feature film < em>Chasse au Godard d'Abbittibbi (2013).

“It was the period when Godard had dropped romantic fiction to make more political and militant cinema”, explains Éric Morin, reached on Tuesday by Le Journal.

“After the events of May 1968, he went to the United States to make films, in particular about the Black Panthers. He later found himself in Montreal, where he met people from the Montreal film industry like Pierre Harel.

At the time, Godard wanted to try a new audiovisual experience by “taking over a television station” and produce a series of reports with a team of French and Quebec filmmakers (including Harel). The director of A bout de souffle had heard that a private station in Rouyn-Noranda was ready to welcome him.

“ The boss of this station at the time was a cultured man who was proud to open his doors to him, says Éric Morin. But once in Rouyn-Noranda, Godard chose instead to give voice to mining workers and students and it became more of a militant experience than the glamorous passage of a great European filmmaker. in Abitibi. »

The project did not last long and Godard quickly left to continue his work elsewhere. Éric Morin nevertheless believes that the passage of the legendary filmmaker in Abitibi helped to blow a wind of change in the region.

“ It gave birth to movements like Le Bloc, a television program in which people spoke about local issues. We were already talking about pollution and the mining industry at the time. It echoes what is currently happening in Rouyn-Noranda with citizen speaking out on air quality.  »