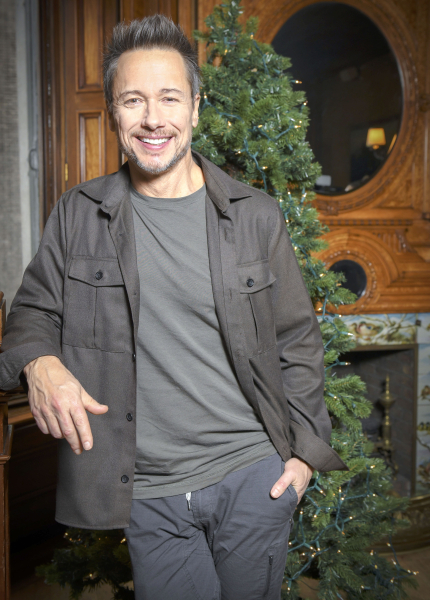 Stéphane Rousseau isn't exaggerating when he says he loves the holidays. The actor and comedian, who these days can be seen in the romantic comedy December 23, has even spent the whole year with her Christmas tree mounted in her living room…

“I was about to undo it last April, but as I was playing in a Christmas movie, I changed my mind and said to myself: why not keep it all year? recounts Rousseau laughing. So I went around the calendar with the tree in the house. But I still waited until last week before turning on the lights again…”

It goes without saying that Stéphane Rousseau didn't have to wait long before agreeing to hold a role in December 23, a Christmas choral film written by author India Desjardins (Le Journal d'Aurélie Laflamme) and directed by Miryam Bouchard (Mon cirque to me).

“I practically accepted on the spot, without reading the script,” he says. When I was told about all the talented people who were already associated with the project, I said to myself that I could not refuse this proposal. I still asked them to read the script. But before I even finished it, I confirmed to them that it was a big yes for me.

“I've always been a big Christmas fan and love watching Christmas movies every year with my girlfriend,” he adds, listing some of his favorite Christmas classics like < em>Holidays (The Holiday), Really Love (Love Actually) or The Stone Family (The Stone Family).

“But real Christmas movies like that, we don’t have many in Quebec. I would like December 23 to become a Christmas staple. It's a real “feel good movie”, an choral film that feels good. I am very proud to be part of it. »

The pleasure of playing

About a year and a half ago, Stéphane Rousseau made a return to the cinema in the film Sam (by Yan England) after taking a long break from the stage and film sets. The 56-year-old comedian and comedian then expressed a desire to work more as an actor. His wish has been granted since he has since played roles on the small and big screen.

In addition to playing in December 23, Stéphane Rousseau defends the character of beneficiary attendant Éric Perron in the TV series STAT. The actor says he thought long and hard before agreeing to embark on a daily newspaper that could remain on the air for several years.

“Obviously I didn't decide this on a whim,” he admits. I had discussions with Fabienne [Larouche, the producer], with my agent, with my darling and with myself. But I said to myself in the end that this was the kind of opportunity that does not come up often in life and that I would be crazy to miss it. »

While the pace of filming a daily soap opera can sometimes be demanding, Stéphane Rousseau describes this experience as “a extraordinary playground.”

“It's like a school,” he sums up. You have so many opportunities to play out different emotions, every day of the week. You get out of there and you are practically invincible so quickly you accumulate experience. It's going fast, but it's fun and I have extraordinary colleagues who have welcomed me. Honestly, I'm having a lot of fun, so long live STAT! »

The movie December 23 is currently showing.