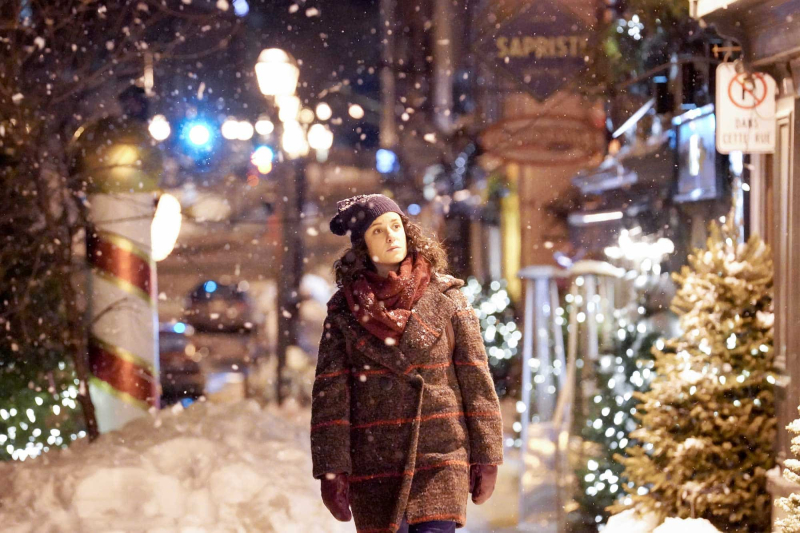 I wanted to like this movie so badly. All the ingredients were there for the cake to rise. The title, a nod to my favorite Beau Dommage song. The screenwriter, the sympathetic India Desjardins. Actors that I adore, from Guylaine Tremblay to Michel Barrette via Christine Beaulieu and Stéphane Rousseau.

Unfortunately, in the end, December 23 is not nothing more than a marshmallow film, steeped in good feelings, built on a predictable scenario.

What a pity. It's as if, on Christmas Eve, I unwrapped a big present to finally find a simple Hallmark card…

This film is full of cliches: the single girl who dresses crookedly in baggy clothes throughout the film, but gets noticed by the man she secretly loves the moment she wears a nice dress and make up.

The mother who cooks for 15 when she receives only three people. The father-in-law mononcle who is nostalgic for the good old days and who is attached to traditions. The businessman who talks loudly on the phone when doing business internationally. The two lesbians who have an animal in shared custody instead of having children.

During the (very) intense promotional campaign for the film, we heard the craftsmen repeat a lot: “Finally, a Quebec Christmas film!”. But why did we absolutely have to equip our cinematography with a gnangnan genre film?

December 23prides itself on being a comedy. But I only laughed once, during a well-felt tirade by Guylaine Tremblay against the food whims of the new generation.

The film's script is anemic. How is it that the granting agencies and the producers did not ask India Desjardins to rework its scenario to put a little more meat on the bone (of the turkey)?

J' I have movie friends who have been asked to resubmit their screenplays over and over again. Have we been lazier with December 23because we thought that with Guylaine Tremblay and Michel Barrette on the bill, the public was going to rush to the theater anyway?

The film is very open to diversity (a couple of lesbians, two interracial couples, an immigrant family). It ticks all the right boxes. But it's also very moralizing…

The most awkward scene in the film takes place in an ambulance. The ugly reactionary mononcle hesitates to be treated by a veiled woman.

Misery! Is that really the image of Quebecers that you want to give us at Christmas?

At some point, it we will have to seriously question the weakness of certain Quebec scenarios. As much as I loved Drunken Birds, Confessions, Cheaters (to name a few recent movies), I regularly fall asleep in press viewing in front of Quebec films with sloppy stories, predictable twists or characters without psychological depth.

On the one hand, we cannot deplore the end of the Gala Québec Cinéma and the other give the green light to films that do not fly high.

We can and must be much more demanding with our cinema.