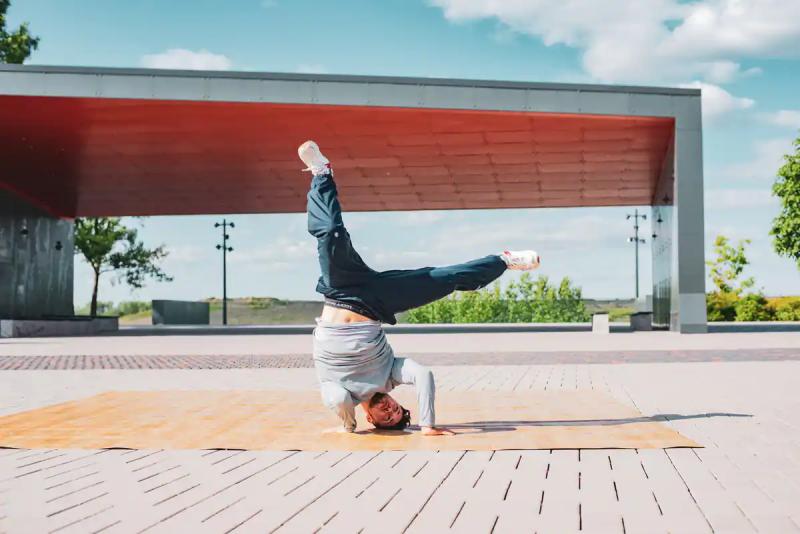 Passionate about breakdancing, Léo Caron has made it his mission to retrace the discipline's history in Montreal, in a documentary. Filled with archival footage, he hopes his film will be of interest to neophytes and amateurs alike.

“I wanted to highlight this and present it to the public and to people who don't necessarily know dance. I wanted to do it from an artist's perspective, but so that it would be accessible and tell a coherent story,” revealed the young director.

Himself is a former break dancer, or breakdancer, under its more common name. It was after an injury that the idea of ​​tracing the evolution of the discipline in Quebec germinated in his mind.

“I wanted to do a project that would be linked to my passion, and which would allow me to learn more about this culture in Montreal and its history,” explained Mr. Caron.

In 2024, the discipline will make its official entry into the Olympic Games in Paris. The road to get there has been a long one since its beginnings in New York in the 1970s. Although the station wagon is becoming more accessible and visible, Mr. Caron believes that a certain part of long been associated with underground culture.

“There are still prejudices, he believes. Most arise from the fact that people do not know it well. It remains marginal, even if it is becoming more and more commercialized, recognized and respected.”

Combining gymnastics and creativity, dance is distinguished in particular by its acrobatic aspect. Her ground tricks are also one of the points that make her recognizable to the general public.

Titled Decypher, the documentary is the fruit of three years of work, during which Mr. Caron conducted some thirty interviews with several important players in the Montreal movement. It was the first experience of its kind for him. For this purpose, he had teamed up with an experienced friend for the filming and editing.

Importantly in his eyes, he was able to obtain numerous archive videos which the beginnings.

“There are plenty of people who have tapes dating from the 1980s and 1990s that have never been released. It's sacred to them, they didn't want to give them to just anyone,” enthused the documentary filmmaker.

“The goal is to provide a platform for people who do not know the station wagon, to discover it in an interesting format. It was also to highlight the talent of the pioneers in Montreal and to tell this story” confided Mr. Caron.

Although he is aware that it will be impossible for him to please everyone world, Mr. Caron wanted to take an objective look at the movement, hoping that everyone could find their way around. He himself said that he learned a lot during his project.

“It’s just interesting to learn about a movement like this that has gone through a lot of really different phases. It's still relatively young, and it keeps a certain structure close to its roots,” he said.

The documentary will premiere on Thursday at the Imperial cinema.