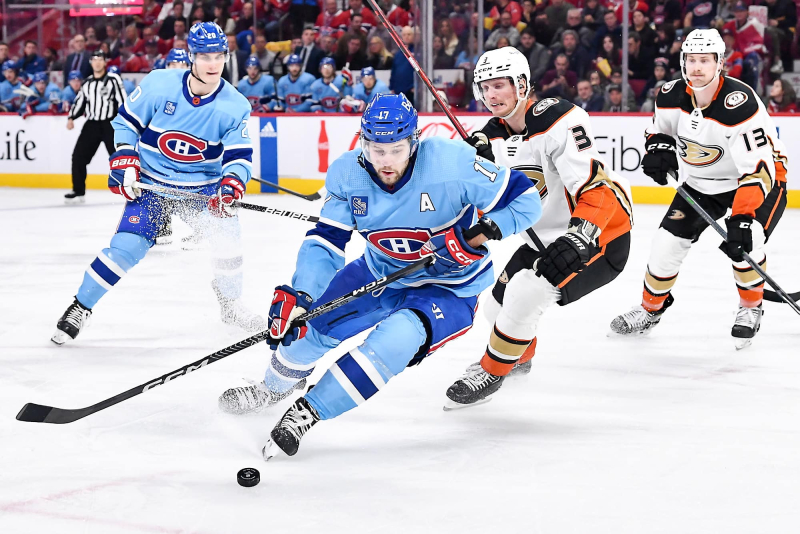 No one is going to spit on a three-pointer in three games on the road, but is that the problem? Did the loss hurt enough for the Canadiens?

I'm not necessarily talking about the 4-2 loss to Dallas in which the Habs took a 2-0 lead , but I'm talking about all defeats in general. We know that the team is still young, that we are going in the right direction and that we have confidence in the future, but there are things that bother me.

Martin St-Louis is looking for solutions, he is in development mode and he is not panicking. I also know that he wants to establish a winning culture. But what do we hear very often? We were good at five against five, the penalties hurt us and the power play didn't work.

Players say they're disappointed after a loss, but I don't see anyone in the organization that seems to really take offense to losing, and that bothers me.

It was something that struck me after the trade that took me from the Canadiens to the Colorado Avalanche. I can tell you that great players like Joe Sakic and Rob Blake were in good shape after a loss. For them, losing was not an option. They had the makings of champions.

You can blame the referees and the penalties, but I've known coaches who were very harsh on players taking bad penalties and making a having to remind them that they were responsible for their stick. It's time to be more disciplined. We don't have the right to be the most punished team every night.

We will also have to find solutions for the special units. It is crucial. We have good elements, but obviously, there is a lack of confidence at the moment. I look at Jonathan Huberdeau in Calgary and he's not the same power-play player he was with the Panthers. He tries the perfect game, passes instead of shooting and yet, we know what he is capable of. He is looking for himself. We also see that at the CH.

Martin St-Louis wants more production from his second, third and fourth lines. He says he feels a progression from Jonathan Drouin and Joel Armia. Perfect. Anthony Richard's recall is part of that goal, but on the other hand, I'm not convinced that splitting Cole Caufield from Nick Suzuki is the answer. consistency this year. I'm not against the idea of ​​separating them in a match in certain situations, but they have such a great chemistry together, that we need them on the same line.

St. Louis tried an experiment in Dallas, but I'm not sure people at the Bell Center would be happy to see Suzuki and Caufield on different lines. They give the show night after night.

It's up to others to do more, like the Joel Armia, Josh Anderson, Mike Hoffman. Jonathan Drouin has been playing very well since his return to the game, we feel he is involved, but he has to produce. I want to see more sense of urgency from these players.

Is Juraj Slafkovsky starting to find that seasons are long in the NHL? If so, there is an easy solution.

Everyone needs to look in the mirror, because the goalies can't be blamed , This year. Jake Allen or Samuel Montembeault do the job and I have to give credit to Allen. Each time Montembeault's game goes up a notch, he comes back with force to show that he is number one.

The Canadians have become the team of two goaltenders. Let's hope they become a team of four disciplined lines, because that's what it's going to take by the end of the season.

Ovechkin and his 802e

Whenever my former teammate Alex Ovechkinreached a mark, I hasten to text him a message of congratulations. And now that he's hit the milestone of 802 goals and passed Gordie Howe, I wish him to make it to 1000. I'm so happy for him. To say that when he started out, it was said that he lacked discipline, that he did not take care of his body. He is 37 years old and he is still a power player. Ovi is a real machine and it's amazing to watch him go. Despite all his successes, I still believe he is not fully appreciated. Maybe it will come the day he passes Wayne Gretzky. I consider myself lucky to have known him.

I confess that I am impressed by the season of Boston Bruins goaltender, Linus Ullmark. It reminds me of the Hamburglar (Andrew Hammond) year in Ottawa in 2014-15, except that Hammond (20-1-2/.041/1.79) arrived mid-season. Ullmark went with an incredible 19-1-1/.936/1.94 record. I just don't know if Ullmark will become a one-season goaltender like Hammond, or a Tim Thomas, who came late but had quite the career with the Bruins. Incidentally, Hammond announced his retirement last week. He won't go to the Hall of Fame, but he made history for the Ottawa Senators and he can be proud of it.

There is no age to make your mark and that's why I like persistent goalkeepers like Andrew Hammond and Tim Thomas. In the same vein, I'm happy for Charlie Lindgren, 29, with the Washington Capitals. He got the job done in the absence of Darcy Kuemper, who just returned to action. Lindgren has won eight of his last nine games and he finally has a full-time job in the NHL.