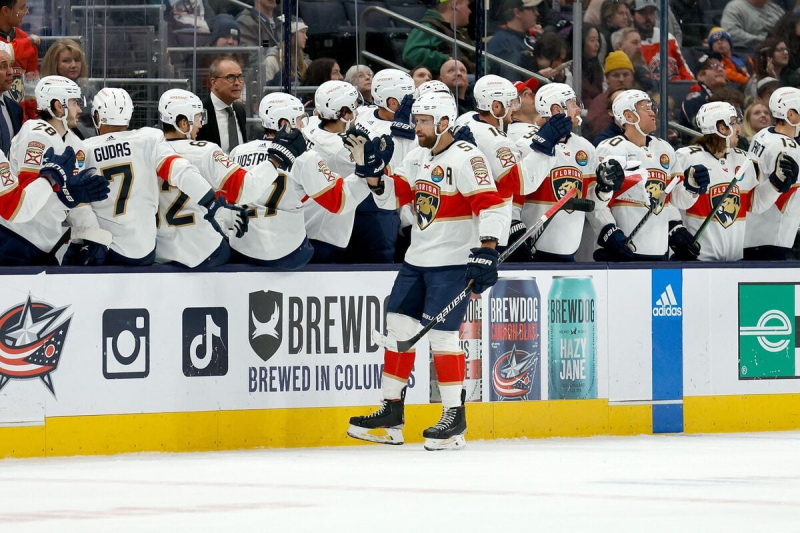 The Florida Panthers posted a 3-1 victory over the Detroit Red Wings on goals scored by defensemen, including two by Aaron Ekblad, Friday night at Little Caesars Arena.< /strong>

Somewhat surprisingly, the visitors' back six directed 11 of the team's 20 shots at the goal defended by Ville Husso. Ekblad, on the other hand, hit the target twice in as many throws, each time with the advantage of a man.

The number 5 had all the time in the world to outsmart the Wings goaltender when he came from the top of the slot 6:28 into the first frame. His wrist shot was then no doubt. In the third period, Ekblad made it 3-1 jumping on Aleksander Barkov's return shot.

It was Gustav Forsling who broke the ice early in the game, responding to the fast net of the local favorites entered by Jonatan Berggren.

By being an accomplice to this goal, Eric Staal reached a plateau he probably hadn't thought of. Back in force this season thanks to the confidence of the Panthers, the Ontarian collected a 600th career assist. He is the eighth active player in the National Hockey League to do the same.

Robby Fabbri closed the gap late by beating Sergei Bobrovsky with a shot as the Russian keeper's view was blocked. The latter resisted in the remaining three minutes to record the gain, making 27 saves in the process.

In Washington, Ryan McDonagh picked the right moment to sparkle the lantern for the first time this season, scoring the game-changing goal in a 3-2 Nashville Predators win over Capitals.

The former New York Rangers captain was held in his first 30 games in 2022-23, having to settle for eight mentions help. The defenseman gave the Predators the lead with 3:16 left in the third period thanks to quite the maneuver. Breaking away from Charlie Lindgren, McDonagh poured the keeper a cup of coffee as he beat him from the backhand.

Support units on either side had been leading the charge up to that point. Thomas Novak and Yakov Trenin shook the ropes for the “Preds”, while Sonny Milano and Nicolas Aubé-Kubel did the same for the “Caps”.

This is a second victory in 48 hours for Nashville, which has now signed three consecutive victories.