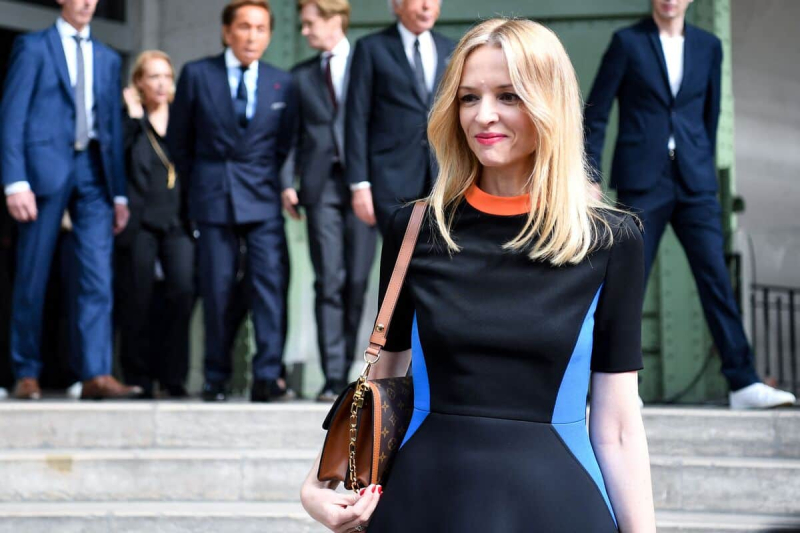 Delphine Arnault, daughter of Bernard Arnault, has been named CEO of Christian Dior while Pietro Beccari, who held this position, will take over as CEO of Louis Vuitton, the world's leading luxury brand, the LVMH group announced in a press release on Wednesday.

Delphine Arnault, 47, was until now Deputy General Manager of Louis Vuitton, responsible for overseeing all product activities since 2013, after having worked at Christian Dior for twelve years .

“The appointment of Delphine Arnault marks the continuation of a career of excellence in fashion and leather goods. Under his direction, the desirability of the products has progressed considerably, allowing the brand to fly from record to record. His sharp eye and his incomparable experience will be decisive assets in pursuing the development of Christian Dior,” said his father, quoted in the press release.

The five children of the businessman already work in the LVMH group: in addition to Delphine, Antoine, the eldest son, was appointed last December as general manager of the Christian Dior SE holding, which controls the world number one in luxury LVMH , as well as vice-chairman of the board of directors of the holding company. He is also Managing Director of Berluti, Chairman of Loro Piana, Director of Image and Environment of the LVMH group, and Director of LVMH.

Alexandre Arnault is for his part executive vice-president of the jeweler Tiffany. Frédéric is CEO of Tag Heuer and Jean is Director of Marketing and Watch Development for Louis Vuitton.

Regarding the appointment of Pietro Beccari, Bernard Arnault on Wednesday highlighted his “exceptional work during five years” at Dior. According to him, “there is no doubt that he will lead Louis Vuitton to even greater desirability and success”.

The billionaire also praised “the tremendous work” carried out by Michael Burke after ten years at the head of Louis Vuitton, which enabled the brand to “widen the gap with its competitors”.

“Beyond Louis Vuitton, he was able to successfully accompany the integration [of the jeweler] Tiffany in the group”, added the billionaire quoted in the press release, specifying that Mr. Burke will take “new functions directly with” him.

Bernard Arnault , 73, recently became with his family the first fortune in the world ahead of Elon Musk, boss of Tesla, SpaceX and Twitter, according to the Forbes ranking.