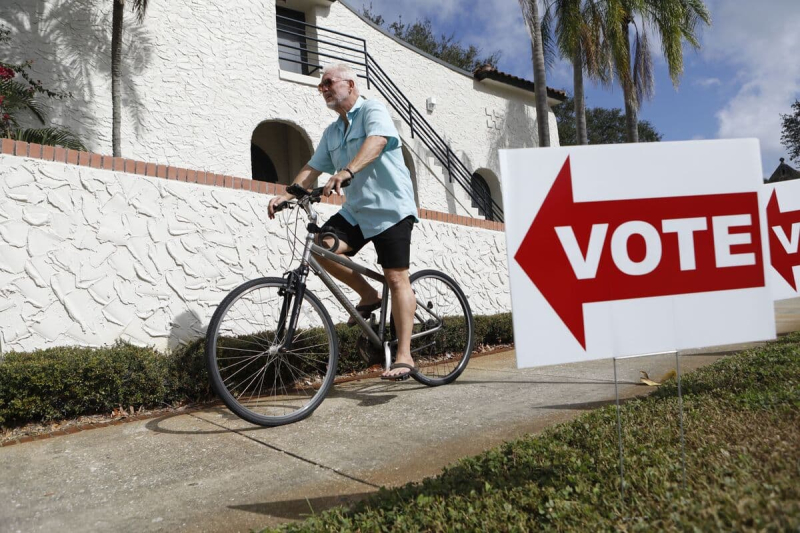 The media reported on Tuesday the finding of the Institute for Democracy and Electoral Assistance. It is clear and disturbing: democracy is in retreat all over the world, even in the United States.

Do you still doubt it? The events of the past few days should however convince you that things are not going normally in the country of Uncle Sam. If the courts still resist and are working to curb some momentum, the threat still looms and we would be wrong to believe that 'it will disappear on its own.

Racists and anti-Semites in the president

At one time, just six or seven years ago , we would never have imagined that an American president, incumbent or not, would openly show up with racists and anti-Semites.

Yet it was a surreal dinner that took place a few days ago at Mar-a-Lago. Invited by Trump, producer and rapper Ye (Kanye West) showed up at the Florida residence of the 45th president with white supremacist Nick Fuentes.

When criticized by the media and elected Republican Party officials , Donald Trump, who had previously said that the meeting had been pleasant, clarified that he did not know that Fuentes would be present.

Do you believe that one can thus enter the residence of a former president without the security services being notified and Donald Trump not being informed? He authorized the presence of the worst scum at his side and it is still not enough for the Republicans to discredit him completely.

To convince yourself of the seriousness of the drift, reread this text on the guests present at the CPAC rally in Texas last August.

Another disturbing sign: once again after the midterm elections, we find candidates and voters who refuse to recognize the validity of the results. The most serious protests have taken place in Arizona and Pennsylvania where precincts are refusing to certify the results. Evidence of fraud? None. We are preparing the ground for the 2024 presidential election…

A more recent development that should both reassure and shake us is the sedition conviction of Oath Keepers founder Stewart Rhodes and another member of the group.

If treason and conspiracies to sedition worried the young republic as early as 1798 (The Alien and Sedition Acts), 250 years later Americans should have learned to disagree within the limits of the law.

After the announcement of the verdict, a quote from historian Gregory P. Downs (University of California) came to mind: “When people say this doesn't happen in America, they reveal their idealism, but also their ignorance. […] It has happened before. And it can happen again.” Idealism and ignorance should not prevent us from seeing that sedition is possible in the United States. She's already come forward and she might do it again.